Here are the Brad Pitt films and movies everyone could stream on Netflix while in lockdown.

Aside from doing passion projects, several individuals have resorted to streaming movies and watching films amid the pandemic crisis. Fortunately for fans of Brad Pitt, some of his best works are available on several platforms, like Netflix.

While fans could expect that most of these materials are some of his highest-grossing films, there are also a few underrated films that he did, even the one with Angelina Jolie. But, whatever the case, fans and followers of the Troy actor may witness and enjoy some of his movies on Netflix.

Insider listed this Quentin Tarantino’s film as its top Brad Pitt film to watch on Netflix today. As stated, the actor is “not in it enough,” which makes it “so great” since he is “captivating.”

He played the role of “The Apache” in the narrative. Although his appearance is not quite apparent, the movie offers several other highly-praised actors like Michael Fassbender and Christopher Waltz.

Babel and The Curious Case of Benjamin Button with Cate Blanchett

Brad Pitt has had several leading ladies on his movie projects. One of these actresses is Cate Blanchett. As per reports, the two celebrities starred in two films, which are both available for fans to stream on Netflix. 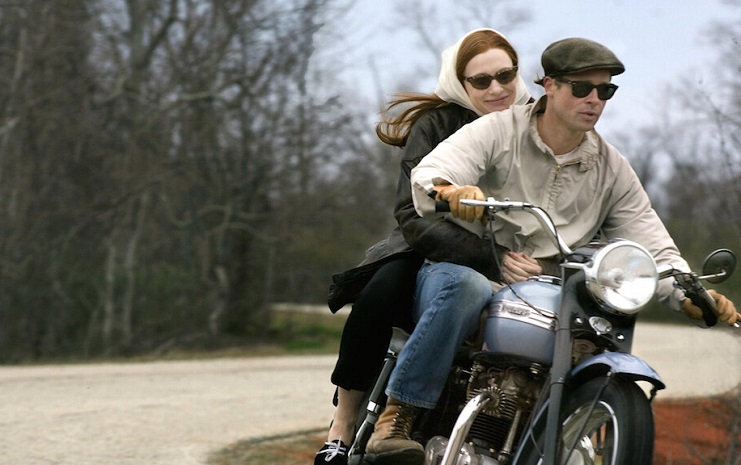 The first film that they worked on was Babel. It is a work of Alejandro González Iñárritu that mainly features a couple, Brad and Cate, who is on vacation in Morocco.

By The Sea with former wife, Angelina Jolie

While in marriage, Brad Pitt and Angelina Jolie starred in the actress’ very own project, By The Sea. Unfortunately, the film is reportedly “little-seen” for some reason. Even so, the former couple received praise for this movie.

They starred as a struggling couple who goes to Malta “in hopes” of rekindling their relationship. It is reportedly a “slow-burn” drama, so fans may need wipes and tissues.

Other Brad Pitt films on Netflix

Netflix just recently added Brad Pitt’s latest project, Once Upon A Time… In Hollywood. He won awards for his role in it.

But, aside from the given films, Collider shared that there are tons of other options available on the streaming platform. Some of these include Se7en, Snatch, War Machine, Twelve Monkeys, and Burn After Reading.

Outside Netflix, Brad Pitt films and movies are also available on other streaming platforms, like Hulu and Amazon Prime.