Brad Pitt and Jennifer Aniston, allegedly, went on a romantic vacation in France shortly after they rekindled their romance.

Last year, Life & Style claimed that Brad Pitt and Jennifer Aniston were celebrating their rekindled relationship by going on a European getaway.

More specifically, Pitt allegedly took Aniston to Chateau Miraval, an estate in France that the actor owns with his other ex-wife, Angelina Jolie.

The source told the tabloid that the Maleficent: Mistress of Evil star was livid after learning that Pitt took Aniston to the lavish estate that she co-owns with her ex-husband.

“Jen will enjoy the romance and privacy that the chateau offers. It doesn’t seem to bother Jen that Angie and Brad lived at Chateau Miraval together. Brad’s showing he’s put in the effort to make the weekend all about Jen and him,” the source said. 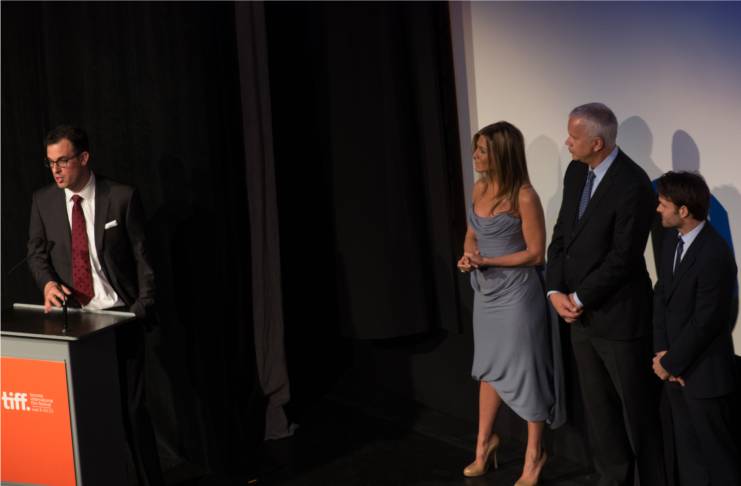 The unnamed source also pitted Aniston and Jolie against each other. The insider claimed that the Friends star has no problem giving Jolie a piece of her mind if they had the opportunity to see each other.

But according to the rumor-debunking site, Gossip Cop, the story about Pitt and Aniston vacationing in France is fake. Jolie didn’t also lash out after learning that Aniston went to Chateau Miraval with Pitt because the actress has never set foot in the estate.

Brad Pitt and Jennifer Aniston romance rumors have been rife throughout the past couple of years.

Earlier this month, Gossip Cop revisited a 2018 story about the former couple as published by New Idea. At that time, the tabloid claimed that Jolie and Pitt’s daughter, Shiloh, asked the Ad Astra star if she could call Aniston “mommy.”

A source told the tabloid that Shiloh has forged a special bond with Aniston. After all, they have allegedly been spending a lot of time together.

In a similar narrative, the dubious story also mentioned Jolie. The actress was allegedly upset due to Shiloh and Aniston’s closeness.

According to several sources, the former couple is nothing more than just friends.

After Brad Pitt and Jennifer Aniston divorced in 2005, it took them a while to be amicable towards each other.

Images used courtesy of chris_natt / CC BY and Ross / CC BY