Brad Pitt and Jennifer Aniston are, allegedly, self-isolating together at the actress’ Los Angeles mansion.

New Idea recently published a story about the former couple suggesting that Jennifer Aniston and Brad Pitt have officially gotten back together.

The tabloid’s dubious headline suggests that Pitt and Aniston got caught at the Friends alum’s home. They claimed that a photo of Pitt shared online by a fan shows the actor hanging out at Aniston’s home.

Pitt’s background in the photo is allegedly strikingly like the interior of Aniston’s home. This, according to the tabloid, is proof that the dad of six has been spending time with his ex-wife during the coronavirus outbreak. 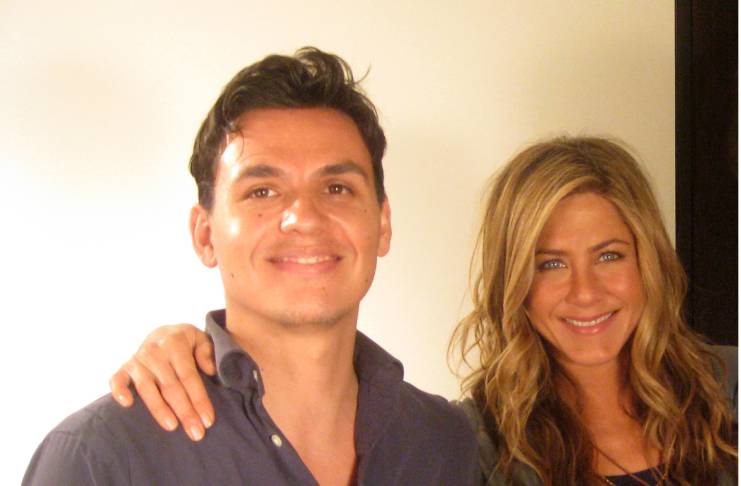 Jennifer Aniston, Brad Pitt grateful for each other

The tabloid then quoted a source telling Star Pitt and Aniston are grateful and humbled by everything that they have right now. But the rumored couple is most grateful that they have each other.

“I don’t think she’s ever really stopped loving him, even though he broke her heart when he left her for Angelina Jolie. It has taken a long time, but she has forgiven him for everything – forgiveness has been a big part of them moving on,” the source said.

However, Pitt and Aniston have not gotten back together. More reliable sources have also confirmed that the two are just friends.

Jennifer Aniston and Pitt also made headlines this week after The Morning Show star’s reaction to her ex-husband and Angelina Jolie’s relationship were revisited.

Years ago, rumors swirled that Pitt and Aniston could be fixing their marriage. But their fans were shocked when Pitt suddenly stepped out in public with Jolie.

But just weeks later, Pitt and Jolie’s relationship started making headlines. After her divorce, Aniston told Vanity Fair that she was shocked, angry, hurt, and embarrassed following the news of Pitt and Jolie’s romance.

“Am I lonely? Yes. Am I upset? Yes. Am I confused? Yes. Do I have my days when I’ve thrown a little pity party for myself? Absolutely,” Aniston said.

But years passed and Aniston managed to move on from Pitt. She eventually fell in love and married Justin Theroux. However, their relationship didn’t last.

At present, Jennifer Aniston and Pitt are single. This is one of the main reasons why their fans still want them to get back together.

Jennifer Aniston on the verge of a breakdown before ‘The Morning...

Katie Holmes moves in with Emilio Vitolo, rushing to settle down...

Kanye West reveals what push him to run for U.S. President