Brad Pitt and Jennifer Aniston will always be connected by a life-altering incident that they both experienced.

While speaking with The Sun, Hollywood matchmaker Amber Kelleher Andrews talked about Brad Pitt and Aniston’s reunion at the SAG Awards.

She said that the sweet moment shared by the A-listers forever changed their relationship.

“He could not keep his eyes off her – and then later it appeared he did not want her to leave his side. Everyone around them is rooting for them to reunite. These are two totally transformed individuals. Both, for different reasons, went through life-altering experiences. Jennifer, fifteen years ago found herself a divorcee and alone. So did Brad, albeit thirteen years later. They both suffered the excruciating trauma of divorce.” she said.

Exes could reportedly have a stronger relationship

Andrews also said that the time that Aniston and Pitt spent apart could help them build a stronger relationship in the future.

“When you get it right, the reward is what you saw at the SAG awards… mutual respect, sincere affection, and perhaps love. When they split, Jennifer to her credit took the high road. You never heard a negative word come from her even though for all intents and purposes, she was the victim. Brad, now divorced from his second wife, sees what monumental dignity and character Jen possesses,” she said. 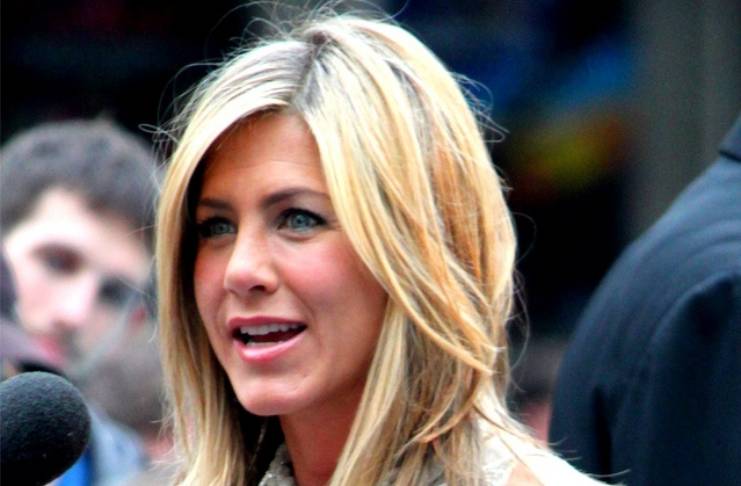 Brad Pitt, Jennifer Aniston’s friends reportedly want them to be together

The Hollywood matchmaker also said that one of the things that Aniston and Brad Pitt have in common is their support system. The former couple’s families and friends are rooting for them even after all these years.

“It’s no secret that Brad’s family, salt of the earth types from Missouri, absolutely love Jennifer. And Jen’s group, though they were angry with the way Brad ended the relationship, can now see how much he’s grown and evolved for the better. No one can deny he’s a better man today in every possible way. Everyone just wants what’s best for them and really just want to see them happy,” she said.

Unfortunately for Aniston and Pitt’s fans, the A-listers haven’t gotten back together. And they never saw each other publicly after their reunion at the awards show.

According to sources, Pitt and Aniston are still friends. And this is possibly all they will ever be.

Tabloids have also been claiming that Brad Pitt finally reconciled with his second ex-wife, Angelina Jolie. The exes announced their divorce in 2016.