Brad Pitt and Jennifer Aniston’s rumored surrogate has, allegedly, given birth to the couple’s twins.

New Idea claimed that Brad Pitt and Aniston is using the same surrogate that Sarah Jessica Parker used to give birth to her child.

In the dubious article, the tabloid called the woman a celebrity surrogate. The term suggests that she has been a gestational carrier for a handful of celebrities.

“She’s had her phone hacked, her personal computer information hacked, she’s had threats against her and true harassment,” the actress said. 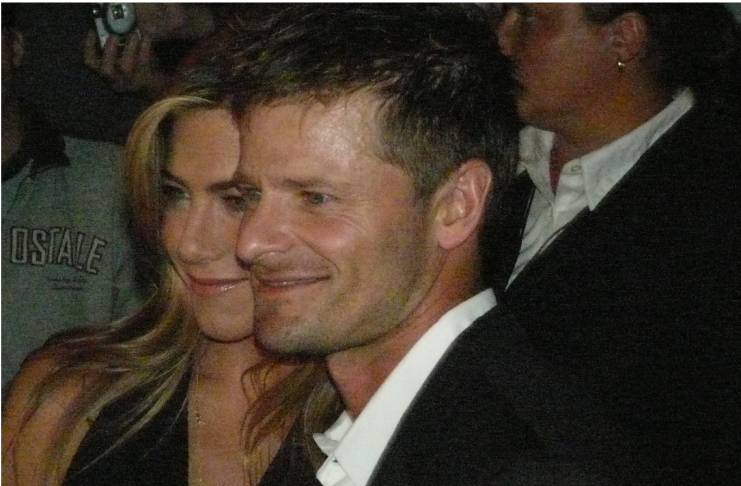 But despite Parker’s previous revelation, the tabloid still used Parker’s surrogate in their fabricated story about Pitt and Aniston. They claimed that she recently gave birth to the couple’s twins.

“The babies could in fact be Brad Pitt and Jen’s. This will be the most beautiful time in their lives, something they’ve both dreamed about for literally decades,” a source told the tabloid.

However, there was no indication that she was ever used as Aniston’s gestational carrier. In fact, Aniston and Pitt are not expecting a baby – more so twins – together.

Years ago, the Friends alum spoke with Rolling Stone to detail her relationship with Pitt. Aniston revealed how committed she is to her then-husband.

“You know if there’s ever an argument, it’s not like you can go, ‘Screw you, I’m outta here!’ You’re there for the long haul. It’s a beautiful thing to actually realize that for the first time, to have that knowledge. It takes the heat and the weight out of things,” she said.

An interviewer asked Aniston if Pitt was the love of her life years ago. The Morning Show star suggested that he isn’t.

Aniston said that Brad Pitt is a big love in her life, and he’s special to her. However, she doesn’t know if Pitt is the love of her life.