Brad Pitt and Jennifer Aniston’s body language, while they were still together, was very different from the former’s body language while he was with Angelina Jolie.

While speaking with Marie Claire, body language expert Patti Wood said that Brad Pitt and Aniston often stood on the same plane while they were together.

The expert analyzed a photo of the former couple from 2000 just months before they tied the knot. In the snap, Pitt and Aniston are standing a few inches away from each other. However, they are still holding each other’s hands.

“One mate doesn’t step forward. This is a couple that is equally balanced in power and affection,” Wood said.

However, the expert said that this wasn’t the case with Pitt and Jolie. Whenever the former couple is out in public, the latter was always several steps ahead of the Ad Astra star.

In 1998, Pitt and Aniston were photographed shortly after they first met. In the photo, Pitt’s arm is wrapped around Aniston’s waist. Their bodies are also close to each other.

“We’re seeing it here, how often he had his arm around her waist, and she would reciprocate with her arm around him. That kind of ritualistic habit of touching each other in the same way is very comforting to your partner. It says, ‘When we’re out together, I’m going to always do this…I never want to be more than an arm’s length away,’” Wood said. 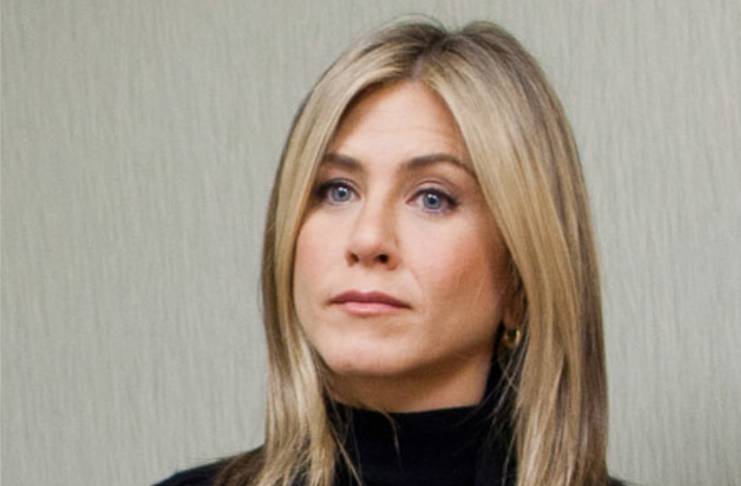 However, the body language of Brad Pitt and Aniston changed drastically shortly before they announced their divorce. The A-listers were photographed at an event years ago.

In the snap, Pitt is facing away from Aniston, and he places his hands on his lap. He also crosses his legs away from his ex-wife. Aniston, on the other hand, is leaning towards Pitt.

Wood said that Aniston’s body language suggests that she wants the public to see her and Pitt as a couple, as a unit, and as mates.

The body language expert also said that there were not many signs that Pitt and Aniston were on the brink of a divorce at that time. But, Wood knew exactly that their marriage could be in trouble after seeing Pitt’s photo with Jolie.

“I looked at them on that balcony together and I go, ‘She’s spider woman, she’s gonna get him.’ I had never been that strong about a photo read before,” she said.

Brad Pitt and Aniston divorced in 2005. Shortly after, the actor started dating Jolie.