Dr. Anthony Fauci, one of the leaders of the White House COVID-19 task force, joked last month that he would like Brad Pitt to portray him on Saturday Night Live. Last weekend, SNL obliged the health expert.

The World War Z actor took on Dr. Fauci’s persona to address several statements released by Donald Trump since the outbreak began. From the reassurance that the virus will not ravage the U.S. to the controversial disinfectant treatment, Pitt – as Fauci – clarified what the POTUS meant.

But out of all the subject that’s been touched upon, it was the joke that Trump will fire Fauci that raised some eyebrows. This is because there are rumors out there that this might be true. 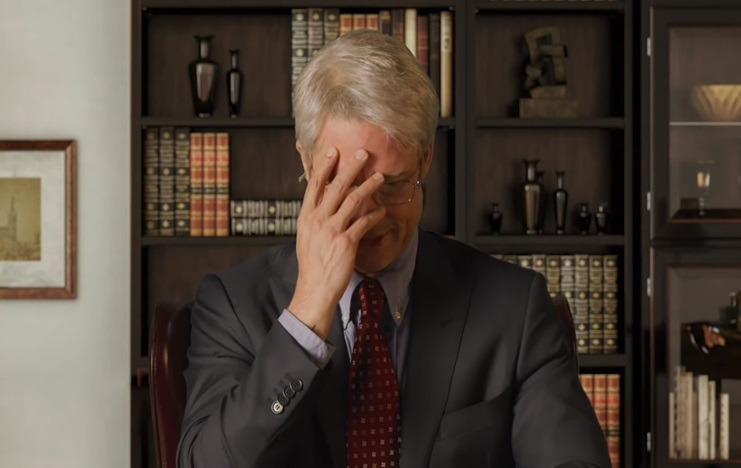 And speculation on this front heightened further when Fauci was noticeably absent during this weekend’s press briefing. The decorated physician and immunologist has been known to contradict Trump on several occasions, something that’s been a cause for concern for at least one administration official.

“You are here in a certain role, you’ve got to give advice privately,” this unnamed official said, referring to Anthony Fauci’s public statements that oppose the POTUS’ previous remarks. It’s for this reason that SNL skit is largely centered on clarifying Trump’s COVID-19 comments.

The latest friction between Trump and Fauci revolved around mass testing in the U.S. Trump said earlier this month that the country had reached a testing capacity to justify easing restrictions if new cases start to drop in the next 14 days. The doctor, however, said he’s not convinced that the U.S. has reached that capability just yet.

“We absolutely need to significantly ramp up, not only the number of tests but the capacity to actually perform them. I am not overly confident right now at all that we have what it takes to do that,” Fauci said. Trump, of course, is maintaining his earlier stance.

The United States is approaching the one million mark of confirmed COVID-19 cases as the current number stands at 985,000. The death toll, on the other hand, is over 55,000.

Given this figure, it’s understandable that Fauci implores the administration to ramp up its testing capabilities, especially since the threat of a second wave is highly likely. The expert said that the virus could last until fall, which is going to be complicated by the fact that flu season will start during this period.

As it stands, Dr. Anthony Fauci is still with the White House coronavirus task force, and the rumors involving his firing are still just that, rumors. Regarding a possible vaccine for the virus, experts said that it would take 12-18 months to create one, although other researchers suggest this timeline is unrealistic.