Brad Pitt previously made a shocking confession about his fights with his ex-wife, Jennifer Aniston.

During his interview with Oprah Winfrey in 2004, Brad Pitt revealed that Aniston usually shares their private feuds with the public.

The Once Upon A Time In Hollywood actor said that his ex-wife tends to even share details about their fights during her interviews.

However, Pitt didn’t seem offended by what Aniston used to do while they were still together. After all, he’s aware that his wife is a no holds barred type of individual.

Winfrey also asked Pitt about the statement that he made about Aniston in the actress’s interview with Vanity Fair. Pitt said that Aniston has the ability to bring people together. The actor also said that his then-wife is very warm.

The host also surprised Pitt with a message from Aniston because Winfrey also interviewed the actress one week earlier. When Winfrey asked the Friends star what her message for her husband was, Aniston called Pitt “baby” and said, “I love you.”

Upon hearing Aniston’s message, Pitt couldn’t help but smile from ear to ear. His face also turned bright red while the crowd cheered him on.

One year after the interview with Brad Pitt, he and Aniston released a statement announcing their divorce. And just months later, Pitt started hanging out with Angelina Jolie.

Aniston never blamed Pitt for their divorce. In fact, she told Vanity Fair that relationships are about two people. The Morning Show star also said that she will always love and respect her ex-husband. 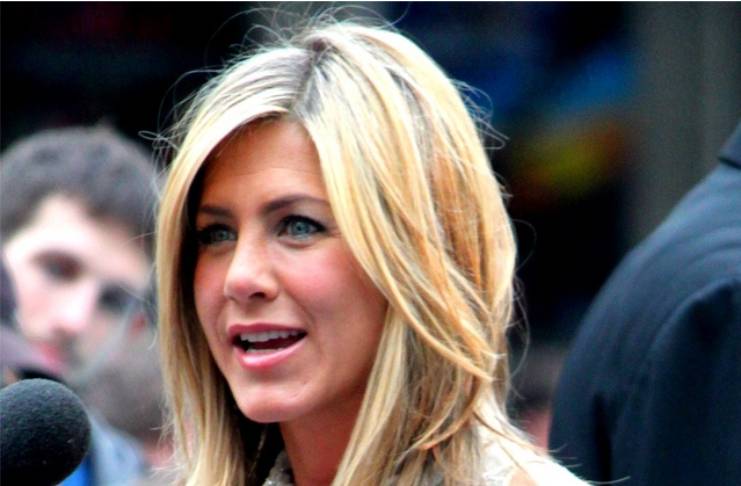 Earlier this year, Pitt and Aniston made headlines after they reunited at the awards show. Immediately after, their fans rallied for the A-listers to get back together.

But according to Vanity Fair executive editor Claire Howorth, it would be a disservice to the couple if the public expect them to get back together.

“You are misunderstanding your feelings if you think you want them to get back together. You want her to be smoking hot, him to be single and perhaps chastened, a possibility to linger in the air for us, and them to carry on,” she said.

Howorth also said that she wants Pitt to want Aniston. However, she doesn’t want Aniston to want Pitt back. After all, Aniston has long been defined by her relationship with Brad Pitt.

Who’s the mysterious figure at the ‘Hyrule Warriors Age of Calamity’...