Brad Pitt, previously, made a shocking confession about his private time with his ex-wife, Angelina Jolie.

In 2011, Brad Pitt made an appearance on the Ellen Show. During his guesting, host Ellen DeGeneres asked the Ad Astra actor, who is his favorite child.

“Portia and I have been together for six years and you and Angie have been together about the same amount of time. I just think wow, Maddox and Pax and Zahara and Buff and Hensman and Tito. There are so many of them. I don’t know how you balance? There’s got to be one really, really well behaved one. Who’s your favorite?” DeGeneres asked Pitt. 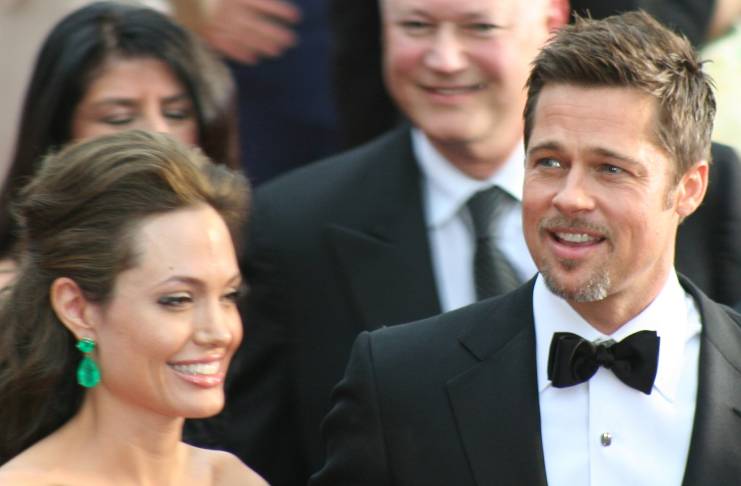 The Once Upon A Time In Hollywood actor didn’t reveal which of his six children is his favorite. But he likened his home to the movie Cuckoo’s Nest. Pitt said that the movie is quite like how his house is in the mornings.

“Cheswick screaming for a cigarette, someone’s doing ballet over there and on it goes,” he said.

DeGeneres, then, asked Pitt how he manages to find private time with Jolie despite always being around his six children.

“We find our time. We carve out mommy, daddy time… It’s called a hotel. You got to get out of this house. You got to leave,” Brad Pitt said.

During the same interview, DeGeneres asked Pitt about his and Jolie’s marriage plans. The Ocean’s Eleven actor told the host that he and Jolie wouldn’t tie the knot until everyone in the United States has the right to wed.

Pitt was showing his support for the LGBTQ+ community then, and DeGeneres said that she loves the actor’s response.

“We live in this great country that is about freedom, defined by our freedom and equality and yet we allow this discrimination to go on every day…” he said.

DeGeneres asked Pitt if he and Jolie will tie the knot the minute everyone is allowed to also tie the knot. The actor said that it’s possible.

And when the host continued to pry for answers from Pitt, the actor asked the audience how he could get out of the topic.