Brad Pitt previously professed his love for Angelina Jolie after seemingly shading his past relationship with Jennifer Aniston.

While speaking with Parade in 2011, Brad Pitt revealed that he started feeling pathetic so he turned to his movie roles to help fill the void.

Even though Pitt did not mention Aniston’s name during the interview, it is common knowledge that he was already with Jolie at that time.

In fact, the Ad Astra star even gushed over Jolie by saying that he loves the actress so much.

“I’m satisfied with making true choices and finding the woman I love, Angie, and building a family that I love so much. A family is a risky venture, because the greater the love, the greater the loss… That’s the trade-off. But I’ll take it all,” he said.

Shortly after Pitt’s interview, the actor faced backlash for seeming shading the Friends star. The actor released a statement to E! News via his rep saying that what he said about his previous marriage was taken out of context.

In his statement, Brad Pitt called Aniston an incredibly giving, loving, and hilarious woman. He also said that he and his ex-wife are still friends.

The Once Upon A Time In Hollywood actor also said that he didn’t mean to say that Aniston was dull. Rather, that he was becoming dull to himself, which is something that he’s solely responsible for. 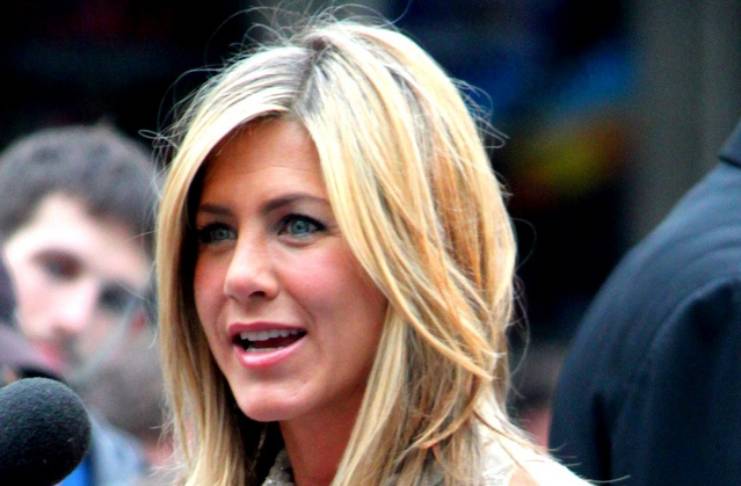 Aniston never responded to Pitt’s comments about their marriage. During her interview with Vanity Fair in 2005, The Morning Show star said that she has decided to not read anything that’s written about her. This, according to the actress, has been her saving grace.

“That stuff is just toxic for me right now. I probably avoided a lot of suffering by not engaging in it, not reading, not watching,” she said.

Pitt isn’t also a fan of the dubious stories written about him. Rumors about the former couple tying the knot were rife even before their engagement. There were also rumors suggesting that they were adopting a seventh child together.

However, Brad Pitt said they are all fake news. In 2016, he and Jolie divorced.