However, New Idea claimed that Brad Pitt and Bargh’s romance briefly ended after the former reunited with Jennifer Aniston at an awards show.

A source told the tabloid that Pitt and Bargh’s fling started after the host interviewed the Ad Astra actor. Eagle-eyed netizens, allegedlyy, saw the natural chemistry between the two.

“Renee is very much Brad’s type: smart, beautiful, witty, and strong. And he can tell she’s an incredibly talented character who’s got what it takes to go all the way in Hollywood and beyond,” the source said. 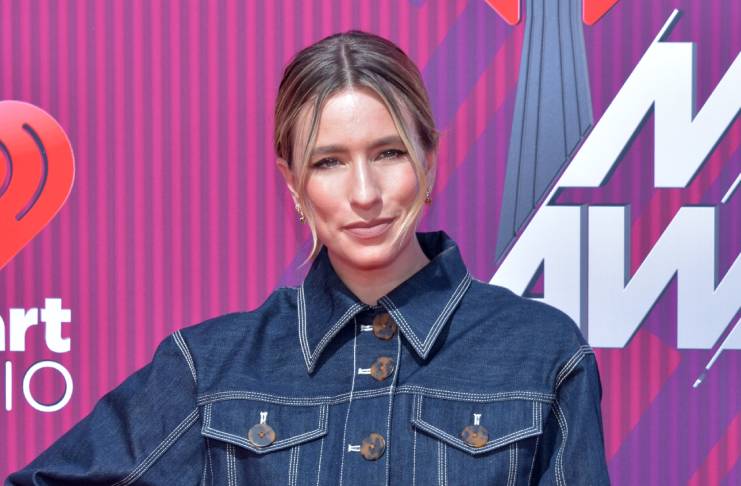 The insider also claimed that Pitt doesn’t normally stay very long during his red-carpet interviews. But with Bargh, the host even had to cut their conversation short.

“He never usually opens up on the red carpet as he did to Renee, so the fact he stayed so long talking to her is proof how impressed he was. She was the one who called time on their interview, not the other way around, and that’s also fairly unheard of,” the source said.

Pitt and Bargh have, allegedly, run into each other a few times before. And they also share several friends in Los Angeles.

There are claims that Brad Pitt wants to share something serious with Bargh after their romance ended briefly.

“Even at the SAG event, Brad was committed to being with Jen and seeing where that took them afterward. But now, with neither of them attached to anyone serious and Renee still commuting back and forth to Hollywood, there’s nothing to stop them from going on a date and seeing where it takes them,” the source said.

Is Brad planning on asking Renee Bargh on a date?

Pitt has also been dropping hints about asking Bargh out on a date when she’s in town. And the source is confident that the host won’t say no.

However, Bargh has also been warned regarding Pitt and Angelina Jolie’s relationship. Even though the A-listers have been divorced since 2016, they remain connected through their six children.

“He has always found smart, career-driven women very attractive, and there was something about Renee that really struck a chord with Brad. Plus she’s one of the most attractive women he’s met in years,” the source concluded.

The rumors about Brad Pitt and Bargh being interested in each other should be taken with a grain of salt. The actor has been adamant at saying that he’s still single and his kids and career are his top priorities.