Brad Pitt, allegedly, told Angelina Jolie that she has bad breath and gave her breath mints for Valentine’s Day.

Three years before the couple announced their divorce, Us Weekly reported that Brad Pitt gave his then-wife an inexpensive gift. A source told the publication that the gift was sort of a joke, but not really. However, no concrete pieces of evidence can confirm that these hearsays are correct as of this writing.

“He always teases her that she has bad breath. It’s a joke gift… he’ll also get her something more serious,” the unnamed source said, as per Us Weekly. 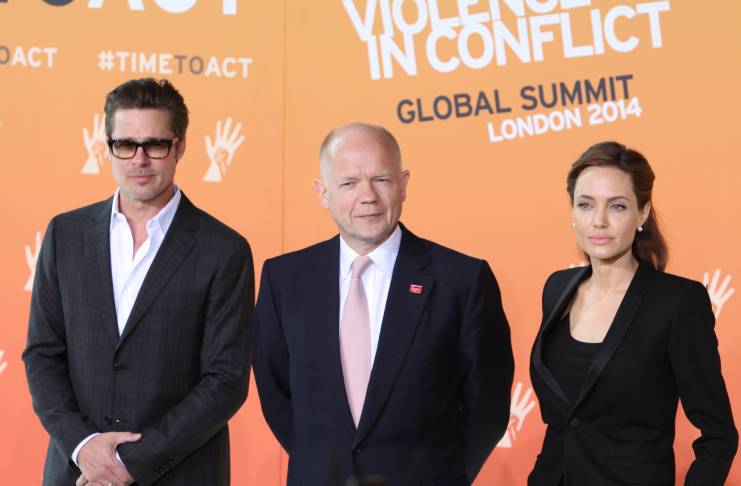 Cheatsheet picked up on the story from three years ago, and they made a surprising claim about Pitt and Jolie’s marriage.

“This could be one of the reasons the couple is no longer together,” the publication reported in reference to Jolie’s alleged stinky breath.

However, there are no concrete pieces of evidence to confirm that Pitt and Jolie divorced because of the actress’s bad breath. In fact, Jolie was the one that filed for divorce from Pitt, not the other way around.

Throughout their marriage, Jolie has given Brad Pitt a slew of expensive presents. Years ago, the Maleficent: Mistress of Evil actress surprised Pitt with a helicopter worth $1.6 million.

Jolie allegedly called it a “just because” gift, and she gave it to Pitt together with flying lessons.

In 2011, Jolie reportedly gave her ex-husband a diamond pendant worth million. And the actress also had it engraved with a microscopic love note. In December of the same year, Jolie gifted Pitt with a California waterfall for his birthday and Christmas.

In 2016, Jolie filed for divorce from Pitt. Reports claimed that the Moneyball actor got into an altercation with his eldest son, Maddox while onboard a private plane

Us Weekly reported back then that cameras at Minnesota’s International Falls Airport captured the argument between Maddox and Pitt. The publication said that the footage might be able to clear the actor’s name following the assault allegations.

TMZ reported that Pitt didn’t get prosecuted after the alleged altercation because there was no way to conclusively prove that he intentionally inflicted harm on Maddox.

The FBI eventually dropped the complaint against Brad Pitt.