Brave Browser believes that the RTB (Real-time bidding) market can be balanced out if the UK authorities enforce GDPR (General Data Protection Regulation), which will end Google‘s monopoly.

The crypto-powered browser has submitted a formal request to the UK Competition and Markets Authority (CMA), emphasizing the repercussions of failing to enforce GDPR.

“Google’s monopoly is based on its “internal” data free-for-all.”

The CMA had acknowledged this in their interim report published last February 2019:

“Google and Facebook have a competitive advantage because they collect a large amount and variety of data types from their widely used consumer-facing services and their broad coverage of third-party sites and apps.”

The data sets these companies own and control are orders of magnitude higher than every other competitor, both in quantity and quality.

But more than that, Google exceedingly combines all these data from all the services its users are connected to and use them for whatever means that they can profit, with no limits.

Brave advises the CMA to be stringent in enforcing the GDPR. This will put consumer-led restrictions in the way the tech giant collects and uses user data.

It also pointed out the way Google unlawfully broadcasts personal data to thousands of companies globally — including what users search, watch, read, listen to, etc.

Some of this information might be sensitive, Brave argues. Furthermore, there is no way to know or control how it will be used (or misused). 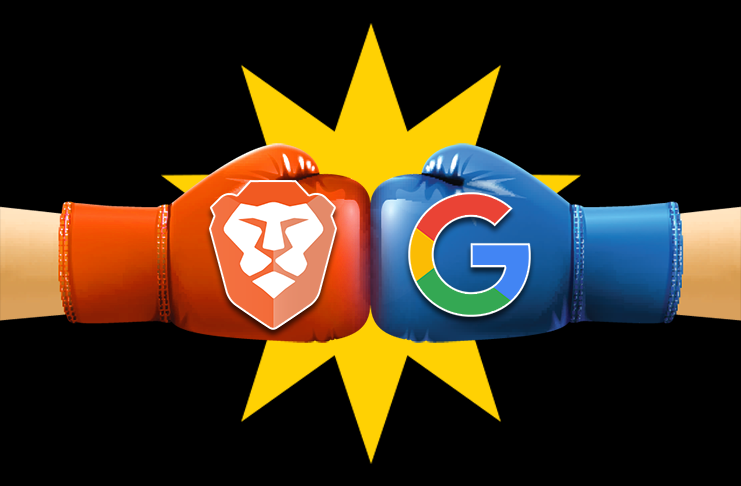 This is isn’t the first time the privacy-focused browser filed accusations against the leading browser. In fact, this goes way back in 2018, when they first filed the GDPR complaint as seen in their timeline.

Since then, they have been actively collecting evidence against the company with “the biggest data breach in history”. And they don’t seem eager to stop until Google is properly regulated.

Apparently, Google’s decline would directly benefit Brave, being a browser itself.

Apart from that, users will also be able to earn through ads as they surf the web, all while retaining ownership over their data.

It’s a win-win situation both for the browser and its users.

Brave has doubled its users from 5.5 million to 10.4 million in a year while its daily active users tripled (3.3 million). However, it’s still minuscule compared to Google, which owns 58.2 percent of the market share.