Home Entertainment British Royals ‘guilty pleasures’: Foods they could not live without revealed

Just like the rest of the public, the British Royals also have “guilty pleasures.”

There are several things that the British Royals also love to have. They are not reportedly that different from the rest of the world. As stated, there are even cases that they could go on a day without enjoying a few of these “things,” which is why it only makes sense why they are called “guilty pleasures.”

British Royals and their love for foods

For some, it may be fashion or clothing. It could also be travel or trips. But, for the bigger part of the public, as well as members of the British Royal Family, their “guilty pleasures” largely lie in their love for foods, especially desserts.

While this is not entirely a secret, the case is different for the royals. As it happens, only a few individuals know what the royals secretly love for their snacks and desserts, according to Express UK. Fortunately for the avid fans and followers of the British Royal Family, these “few individuals” recently shed light on what the royals treat as a “pleasure.”

Meghan Markle and her love for fries

Long-time fans and supporters reportedly know that Meghan Markle is a huge “foodie.” Ever since her The Tig days, she has shared her immense love for foods and snacks, especially the healthy ones.

But, just like the rest of the people, she also has a “secret” guilty pleasure. It may come as a surprise for some as it is not a type of dessert.

As reported, the Duchess of Sussex loves fries. Alongside her “love affair” with the fast-food favorite, she also reportedly shared her love for carbs. “Who doesn’t love” carbs, Meghan added. 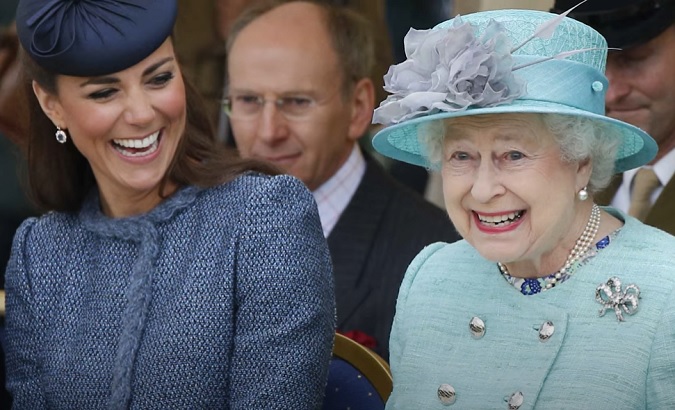 For the Duchess of Cambridge, many are aware of her great and healthy choices of food. However, she also finds real pleasure in eating her favorite dessert.

Former royal chef Darren McGrady revealed this on his platform. He also reportedly shared the recipe that he does for the British Royals. Aside from the sticky toffee sauce, the serving also comes with a “clotted cream,” either whipped cream or ice cream.

Queen Elizabeth II is a “chocoholic”

It came as a surprise to everyone when reports revealed that the British Monarch has a sweet tooth, especially for chocolates. The same former royal chef told Hello! magazine that the Queen is a “chocoholic.”

He then said that everything on the menu that has chocolates in it excites Queen Elizabeth II, particularly the “chocolate perfection pie.”

In other reports, the British Monarch also reportedly prefers dark chocolates. The darker, “the better,” a source added.

With these common “guilty pleasures” that the British Royals almost always enjoy, it is reportedly quite safe to say that they are not that different at all than the rest of the general public.

Call of Duty League to restart in-person matches this June