They say the coronavirus outbreak brings out the best in people. However, it seems to be the opposite for Prince Harry and Meghan Markle.

In a new poll conducted by Redfield & Wilton Strategies, it showed that the United Kingdom citizens saw the Sussexes more negatively amid the pandemic and wanted them not to return to Great Britain anymore. As Prince William and Kate Middleton received more positive views, it is said to be a huge blow to the Duke and Duchess of Sussex.

In an online poll with 1,500 Briton participants, it revealed that more than half of the U.K. citizens wanted the Duke and Duchess of Sussex to stay in the United States instead of returning to London after their controversial Megxit. According to Newsweek, 54% believed that they shouldn’t return to the country, while 28% percent said they should, and 18% percent was undecided.

The coronavirus outbreak also resulted in a 33% rise in negative views of Prince Harry, while 19% said their opinion of him improved. Meghan Markle, on the other hand, got 36% negative and 20% positive.

As for their counterpart, 33% of participants saw Prince William positively and only 11% negatively. Her wife, Kate Middleton, also received a rise of 29% percent approval and 14% disapproval. The difference between people’s views of them is said to be a huge blow to Prince Harry and Meghan Markle. 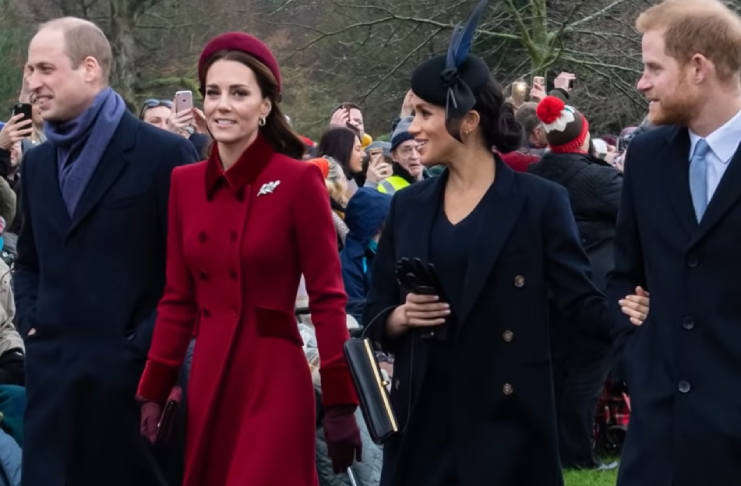 However, this poll was made even before it was revealed that the Duke and Duchess of Sussex delivered food to Project Angel Food drivers. They also helped in giving Easter meals to Los Angeles people. Project Angel Food chief executive Richard Ayoub even released a statement about the secret work these two royals made without people’s knowledge.

“In honor of the Easter holiday, the Duke and Duchess spent Sunday morning volunteering with Project Angel Food by delivering meals to our clients,” he said, via Express. “And on Wednesday they quietly continued delivering meals to relieve our overworked drivers. It was their way to thank our volunteers, chefs, and staff who have been working tirelessly since the COVID-19 crisis began.”

Prince Harry and Meghan Markle, along with their 11-month-old son, Archie Harrison Mountbatten-Windsor, moved to Los Angeles last month after they officially stepped down as senior royals. After a few weeks of being out of the spotlight, the former actress returned to work and continue the Felix Project through a Zoom video call to the women of the Hubb Community Kitchen, Marie Claire noted.

Despite stepping down as senior royals Prince Harry and Meghan Markle continue their work to fight the coronavirus outbreak and help people both in the U.K. and in the U.S.