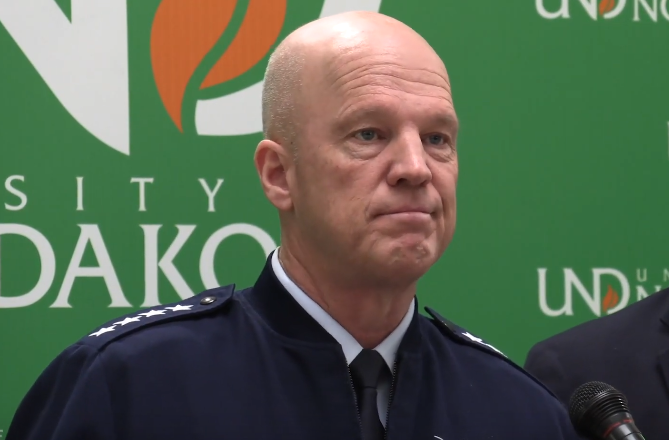 The real chief of Space Force thinks of Bruce Willis as a suitable character to play him instead of Steve Carell.

Since the arrival of its first trailer, Space Force took an immediate hit on the internet.  A lot of fans anticipate the entry of the series to the home screens. With its newly acquired popularity, viewers took to Twitter their opinions who best will play the lead role of the real Space Force chief.

There’s no denying that Steve Carell is a good actor, which he already proved in his last project, The Office. However, the real Space Force chief looked at someone else to play his role.

The real Space Force chief, Air Force General John Raymond wanted Bruce Willis to play his role in Space Force series.  People on Twitter have been casting votes on who should play the lead role. In turns out that The Expendables actor won the vote.

“So I was hoping for Bruce Willis, but Steve Carell’s a great actor.”

During this week’s #AskSpaceForce webinar, @SpaceForceCSO talked about the upcoming @netflix Space Force TV series, saying he hoped Bruce Willis would play him and suggested @SteveCarell “get a haircut.” Miss the webinar? Check it out now: https://t.co/ebrAS9rTlk pic.twitter.com/7MnViEZ5Sh

When he first saw Carell take the role, General Raymond was doubtful and added that Carell does not look like him.  Furthermore, the general added that he loves Carell’s shows, and he is looking forward to Netflix’s Space Force. Air Force General Raymond also sends his one piece of advice to Steve Carell to get a haircut.

The actor appears to be a little too shaggy to play the role, according to the general.  Furthermore, the real Space Force chief is bald, which makes sense if Bruce Willis is to play the part. However, critics aside, General Raymond acknowledge Steve Carell as a great actor.

The real Space Force department was the sixth branch of the US Armed Forces, established by President Donald Trump in 2018.  Although the department did not produce enough good standing among the people, Trump believes in its purpose.

The department even made a dramatic slogan to draw people to its program. According to Trump,

The TV series, Space Force just recently released its first trailer, and it does not disappoint. There’s a lot of comedy in the series that will surely take fans to another level. The trailer which featured blown up rockets and Beach Boys songs and a lot of NASA personnel in uniforms indicate the upcoming success of the series.

General Mark Naird’s(Steve Carell) promotion to run the Space Force department is not his greatest dream. However, with his great ambition, he works hard to achieve them.

Unfortunately, the tasks ahead of him are not as simple as he hopes to be. It appears that troubles follow him wherever he goes.

Space Force will have 10 episodes for the first season. Netflix will air the series on 29 May.

Image Courtesy Of AerospaceNetwork/Youtube Screenshot
Micky is a news site and does not provide trading, investing, or other financial advice. By using this website, you affirm that you have read and agree to abide by our Terms and Conditions.
Micky readers - you can get a 10% discount on trading fees on FTX and Binance when you sign up using the links above.