Home Gaming ‘Bugsnax’ coming to the PS5 soon: here’s what we know so far

Young Horses Studios has announced that its latest game, Bugsnax, is coming to the PlayStation 5 and PC soon. The PC version will arrive through the Epic Games store.

The game is the latest game from the developers following the success of Octodad and Octodad: Dadliest Catch. As revealed on the trailer, Bugsnax will be a wacky fun-filled game.

It is only a few months left before the holidays of 2020. As the launch date draws nearer, here is what Bugsnax has to offer so far. 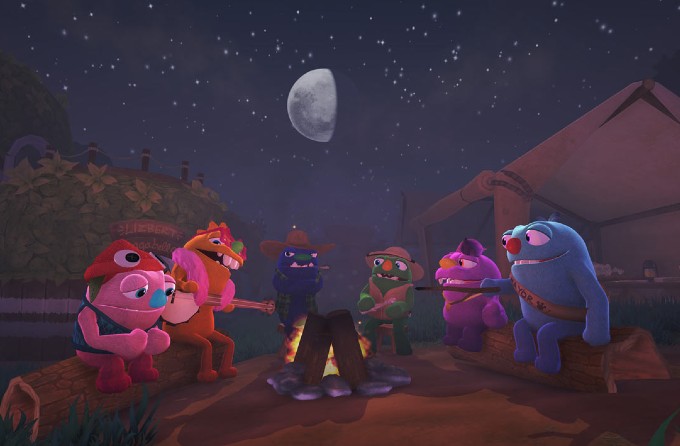 The very first trailer of Bugsnax was revealed back on June 11. The clip shows that a character mimicking “Steve Irwin” in the fictional island settings.

It is then revealed that Bugsnax is literally a mix between bugs and snacks as the character munches on a strawberry bug.

The game has been in development for the past six years now. Final touches are being made before its upcoming launch.

Despite being released on the PlayStation 4, 5, and PC, the developers expressed interest that accessibility is their priority. Hopefully, there will be an Xbox, Nintendo Switch, and Android versions.

This not far from reality as Octodad: Deadliest Catch was available on the majority of consoles and PC back then.

Explore the island in the first-person view

USGamer conducted an interview with the Young Horses president, Philip Tibitoski. He revealed what the game is about and what should be expected when it comes out.

“Bugsnax is a first-person adventure game where you play as a journalist who is sent a mysterious film from an adventurer named Elizabeth Megafig,” Tibitoski said.

The president added that the goal of the game is to study these hybrid creatures. Tibitoski mentioned that another object is to find out the Bugsnax behavior and why it transforms the person who ate them.

The USGamer interview revealed that this upcoming game will take advantage of the PlayStation 5 dual sense feature. Players will be able to hear the sounds of nearby Bugsnax. 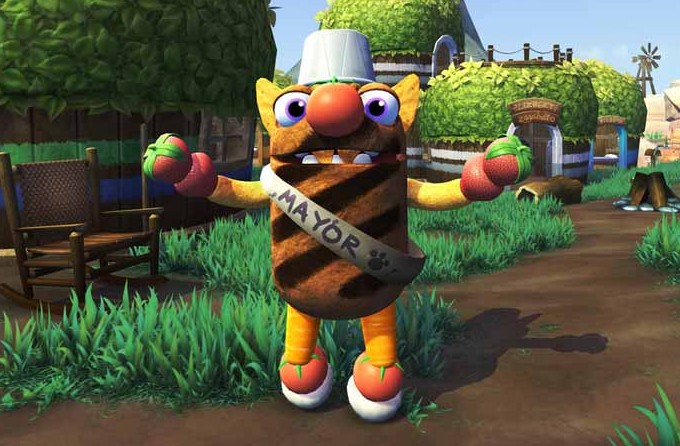 There is not much of the gameplay that was revealed. The only clue is the trailer wherein it shows the character talking to Elizabeth Megafig in a first-person view.

As shown in the trailer there are a lot of Bugsnax on the island besides the unknown strawberry-like creature. These creatures transform body parts of whoever eats them.

Despite the lack of concrete details yet, there are speculations that the gameplay will be similar to Ape Escape and Pokemon Snap. It is highly likely that the game will borrow elements from these games due to the developers drawing inspiration from these.

There is a new feature that was revealed on its arrival on the PlayStation 5.

The game trailer revealed the cartoony graphics of Bugsnax. It looks wacky but in a cute way.

The in-game environment is also colorful during the day time. There is a part in the trailer that reveals a change in the environment feels when the nighttime comes.

In terms of audio, the trailer has a very catchy soundtrack. It is created by Kero Kero Bonito. More audio cues and in-game soundtracks are expected to be created by the same artist.

Is it worth getting upon launch?

Everyone is looking forward to the upcoming PlayStation 5 games upon its release. There is the Marvel’s Spiderman: Miles Morales, Outriders, Assassin’s Creed: Valhalla, and a lot more.

These titles have great storylines and intense gameplay as seen on previous iterations.

Bugsnax has a casual game feel that is addicting yet the player does not notice it. It is a feel-good game that is worth buying as a break from long hours of playing AAA titles.

But, there are more details that Bugsnax has yet to reveal. It is still too early to say if it’s worth adding to the cart. However, it is a must-have on a player’s wishlist.

All images used courtesy of Bugsnax