All focus has been on Bitcoin in recent months but its little brother, Bitcoin Cash, has also been making progress which could continue as the year unfolds – here’s why.

So far this year Bitcoin Cash has made an impressive 38% gain. The fourth most popular crypto asset has climbed from just over $200 two weeks ago to tap a two month high above $280 today.

By comparison, Bitcoin has ‘only’ made 20% over the same period as it too surged towards a multi-month high during early trading today. 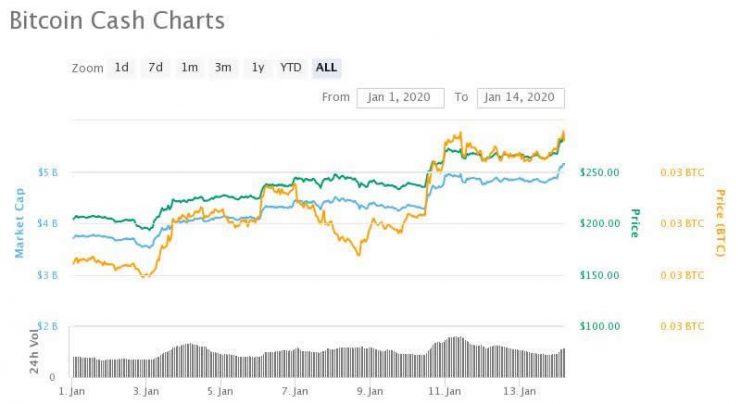 The move has enabled Bitcoin Cash to retake the #4 spot on the market cap chart as it tops $5 billion according to Coinmarketcap.com.

Development on the Bitcoin Cash network is still ongoing but two projects have been at the forefront of things for the community.

The Simple Ledger Protocol (SLP) has thrived and innovation will likely continue this year. Simply put SLP is the Bitcoin Cash version of the ERC-20 protocol for Ethereum.

According to its website, SLP tokens can easily be created, traded, and managed on the Bitcoin Cash blockchain within seconds; costing the user only fractions of a penny for each transaction.

The idea is to allow users to ‘shuffle’ their BCH with other fractions of BCH to obfuscate the transaction trail. Dedicated privacy coins such as Monero have something similar built-in.

These are only two of the recent developments that are advancing the Bitcoin Cash blockchain and environment.

A new cash crushing bill being proposed by the Australian government could result in wider adoption of crypto assets such as Bitcoin Cash.

Many have criticized that plan as it will give banks greater control over people’s money and what they do with it. This will increase the narrative for decentralized digital assets. 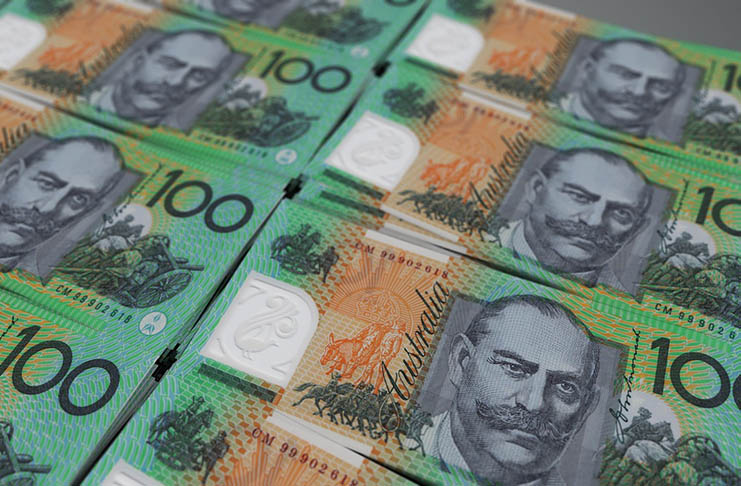 International airports such as Brisbane have become crypto hubs in recent years promoting payments in digital currencies and this trend is set to continue.

There is, of course, the flip side which is a bearish scenario for Bitcoin Cash this year. There has been wider concern about the approaching halving and its impact on BCH miners.

Since the blockchain boasts cheaper transaction fees it means less profit for miners as recently reported by Micky.

When the halving occurs the block reward will be cut by 50% which, unless prices double between now and then, will drop mining profitability back to when the coin was worth just $140.

Miners will also have to absorb increasing hardware costs as larger blocks put additional strain on node operators. The lack of mining mojo is clearly evidenced when BTC and BCH hash rates are compared.

Bitcoin Cash has been flatlined for over a year now so the bulls will have a lot of work to do to overcome this mining lassitude.