Bungie has released a teaser video confirming that the next chapter of Destiny 2 will be revealed this coming June 9.

The American video game developer posted the short video on its official Instagram account, with a caption that says the unveiling will happen on June 9 at 6 P.M. CEST (Central European Summer Time).

Although the video has since been removed from Destiny’s Instagram page, fans of the online-only multiplayer first-person shooter game can still view the teaser through the direct link.

The next chapter of Destiny 2 is almost here. Tune in for the unveiling at 6pm CEST on June 9.

Making good on an earlier promise

Bungie had promised earlier that the extensive Shadowkeep expansion of Destiny 2 would offer about four seasons of content.

The game had already delivered the first two expansions for Year One, courtesy of 2017’s Curse of Osiris, and 2018’s Warmind.

Then in September of 2018, Year Two kicked off with a major revamp of the gameplay by way of the Forsaken expansion.

Shadowkeep’s most recent season, Season of the Worthy, started back in March earlier this year but is set to end a few days from now.

Needless to say, Destiny 2 fans are now excited to see just what the next chapter will bring come June 9.

Clues from the teaser

In the teaser posted by Destiny on its Instagram account, the Hunter Eris Morn is seen trudging alone through a barren ice-covered landscape.

The video lasts for only a few seconds, but some clues can be found in the details. For instance, visible in the background is the gargantuan planet of Jupiter, which means that the next chapter could be set in Europa, the smallest moon orbiting the Gas Giant.

Because the video seems to focus on Morn, there is speculation among the game’s hardcore fans that the upcoming season will feature more of the Darkness, the mysterious threat opposing the Light, which gives Guardians like Morn their special abilities.

The Darkness is an ever-present menace in the Destiny universe, but not much is actually known about the entity.

Fans are hoping that the dark next chapter will shed new light on the Darkness, as well as on Morn’s part in fighting it. 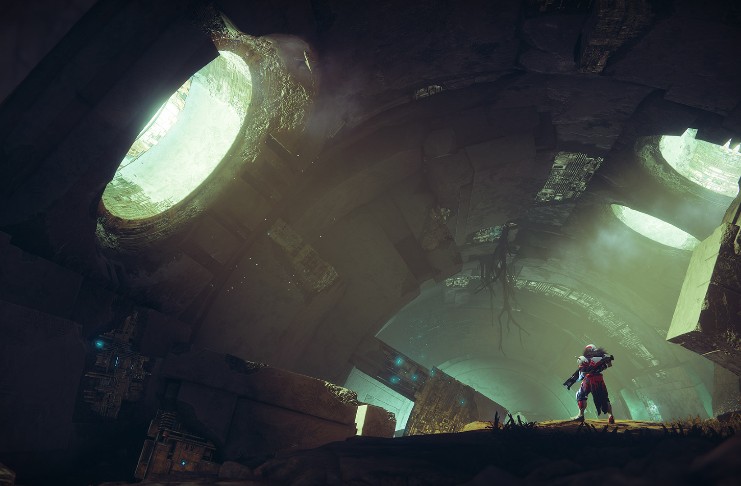 Bungie has been keeping busy in the past four weeks teasing new information related to Destiny 2.

Last month, it had made the announcement that Destiny 2 was coming to the Xbox Series X and Sony PlayStation 5 platforms.

But apart from that confirmation, there is no news yet with regards to the release date, or whether the new generation versions will come with fresh upgrades over the current Xbox One and PlayStation 4 versions.