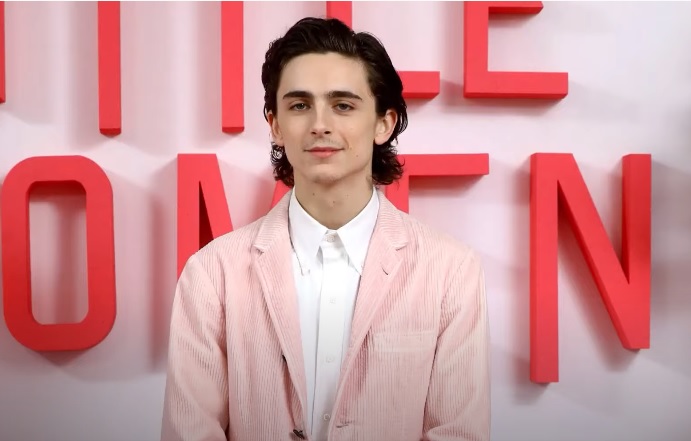 Tiktok users have been swooning over Timothee Chalamet after his Call Me By Your Name dance went viral on the platform.

In this time of isolation, Tiktok has grown bigger and more popular. Even though the platform was released long before the COVID-19 outbreak, it has reached new levels of fame worldwide following the after effects of the pandemic.

Tiktok is unleashing everyone’s inner content creator and untapped performer, from dance routines, hacks, tricks, and dramatic scenes. Apparently, it is one of those entertainment channels where one can lose his or herself for hours.

Millions of users are continually enjoying others’ content and getting inspired to work on one’s own as well. As a result, there have been a lot of challenges circulating in the aforementioned social media platform. One of these is the Timothee Chalamet dance challenge.

Timothée Chalamet might have achieved fame in the Hollywood world long ago. However, his reputation in social media isn’t far behind either. He has been revered for quite a while by fans and TikTok is taking this step to a completely new level.

Tiktok users have been gushing over Timothee Chalamet’s dance from his film Call Me By Your Name. Several accounts have taken Chalamet’s popular dance scene from the said film and consequently added a slow and sparkle motion effect to it.

With Melanie Martinez’s Play Date rolling in the background, the scene has become exciting and alluring tenfolds. What was once an awkward dance scene is now a dreamy work of art. In addition to that, people are taking to Tiktok to recreate the the star’s famous slow dance after it became one of the app’s challenges.

This news has us doing a happy dance! Q&A this Saturday with Timothee Chalamet – following the 7pm show at #TheParisTheatre! https://t.co/nfYM3laz2l pic.twitter.com/8CXThAonkx

Who is Timothee Chalamet

Timothee is a 24-year old American actor famous for his role in the television drama Homeland in 2012. Since Homeland, he has appeared in bigger films including Men, Women and Children, Interstellar and Call Me By Your Name.

The star has become a modern-day Adonis for he certainly has the strong facial features. The Timothee Chalamet TikToks perfectly encapsulate his sensuality, poise and slender grace. After all, he’s not hailed as a “skinny king” for no reason.

Moreover, Chalamet’s personality is another pleasant additive to his entire beauty. His interviews, whether they’re in English or French, showcased his down-to-earth nature and displayed his awkward yet authentic character. At large, the mainstream appeal of Timothée Chalamet is mainly because he fits the perfect all-in-one package.

Timothee Chalamet’s Call Me By Your Name

Call Me by Your Name is a 2017 coming-of-age romantic drama film directed by Luca Guadagnino. It follows the story of precocious 17-year-old Elio Perlman who spends the days with his family at their 17th-century villa in Lombardy, Italy.

He soon met Oliver, a handsome doctoral student who’s working as an intern for his father. Amid the sun-drenched splendor of their surroundings, Elio and Oliver discovered the beauty of awakening desire. Over the course of a summer, this discovery altered their lives forever.