Call of Duty: Mobile is days away from welcoming Season 6, and it looks like the rumored Wild West theme turns out to be true.

The leaks about the upcoming Call of Duty: Mobile Season 6 have been ripe following Activision’s confirmation via Reddit community page post. A test beta server of the next month’s gameplay team has been available since April 15.

However, the beta server was only available for the first 20,000 players to download and only until April 21 (UTC). Less than a week after the supposed end date of the test beta, Android users have already been prompted with a patch update worth 1.83 GB.

The patch update welcomes in Season 6 with what seems like a title or an introduction—  “Once Upon a Time in Rust. Where legends are made.”

The possible season title following Steel Legion will likely be Wild West based on its Google Play description under “What’s new”:

The journey to the Wild West begins! New 1v1 mode allows you to feel the ferocity of battling in cowboy style. Steal and secure the most gold to win in the new Capture the Flag Glod Edition mode. Play in the iconic ‘Rust’ map from the Call of Duty series and new original  ‘Saloon’ Wild West themed battlefield. New Wild West Battle Pass, Battle Royale weapons and many more events awaits you!

Furthermore, the update announces that the new Battle Pass will be available on May 1, as expected.

Also, avid Call of Duty followers will be glad to know the all-time favorite character, Lieutenant Simon “Ghost” Riley, will be one of the next CoD characters to cross over the mobile platform. 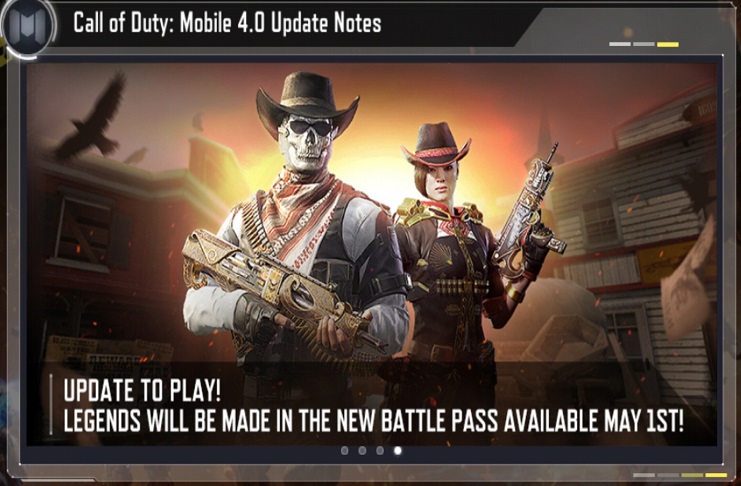 Along with Ghost is He “Seraph” Zhen-Zhen, who will be named this season as “Seraph Desperada.”

Seraph is one of the specialists in Call of Duty: Black Ops 3 and Black Ops 4. Seraph’s arrival also brings in new operator skill, her known weapon, the Annihilator.

According to the 4.0 patch notes, the Battle Pass tasks have been removed. Battle Pass holders will now be able to level up by participating in Multiplayer, Battle Royale, and Limited Time modes.

All of which will be giving off Battle Pass XP as part of the rewards.

Furthermore, the Multiplayer will have all-new limited game modes, which are: 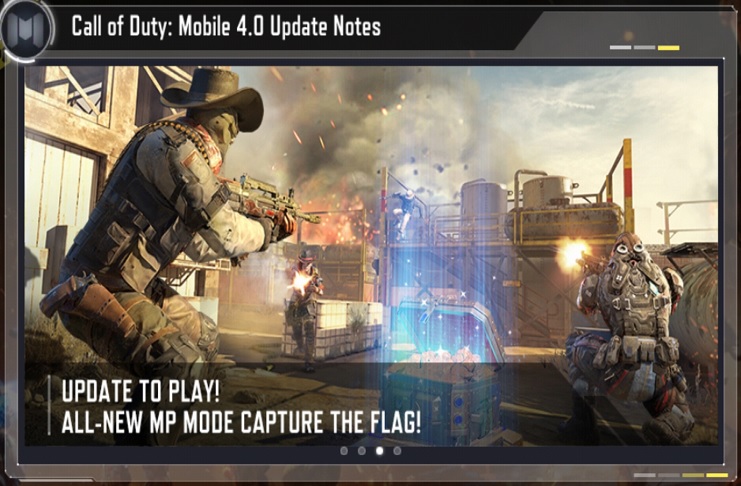 Unto the most-loved Battle Royale mode, the new patch will introduce a new BR class, which is Poltergeist.

Accordingly, enabling the Poltergeist class will let the player become “nearly invisible for a short period of time while also alerting nearby enemies.”

However, using weapons will break the Poltergeist effect. Aside from the class, a new Helicopter Flare will be added to BR mode.

Players will now be able to deploy a defensive eflare, against incoming FHK-18 rockets.

Lastly, as previously reported, the all-time favorite Rust map from Modern Warfare will be available in Season 6.

‘Diary of Our Day at the Breakwater’ manga will go on...

Anime releasing in 2021: From new series to sequels to blu-ray...

Worried about COVID risk on a flight? Here’s what you can...