The wait is finally over as the update for the Call of Duty: Mobile Season 7 slowly arrives in players’ mobile devices. The new season brings in a new operator and a familiar operator in a different look.

Google Play Store has already started prompting updates for Call of Duty: Mobile. The update size is a little less compared to last season, with only 1.21GB required. Nevertheless, there is a follow-up download update once players are in-game.

It includes updates on soldiers (operators), weapons, already existing maps, and the added maps—Tunisia and Gulag. Micky News previously reported that there are two rumored maps to be added, and as it turns out, the rumors are, indeed, true.

Here are the new details added to the recent update.

This season, which is titled “Radioactive Agent,” brings in Sebastian Kreuger from Call of Duty: Modern Warfare. Kreuger is also a noted villain in Black Ops 3. This time, in Mobile, he will be coming dressed as an Alchemist.

Meanwhile, Ghost is here to stay for another season, but he’s changed outfits from a Cowboy to a Hazmat—considering the theme for this season.

Battle Pass still hasn’t refreshed, as well as the rankings for Multiplayer and Battle Royale, as the season officially starts on June 12 (UTC). 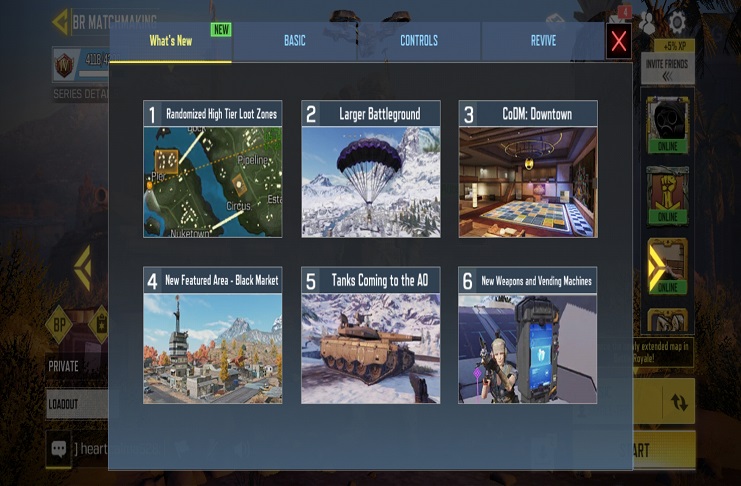 There are six new improvements that came with the update today. First is the “Randomized High Tier Loot Zones.” The revamped BR map has highlighted areas where players can collect high tier weapons and attachments.

Also, players will be glad to know that within these “high tier loot zones,” lies the weapons Man-O-War (assault rifle) and DLQ33 (sniper rifle)—which were not available before within the BR arena. These zones differ for every match, hence, the adjective “randomized.”

Second, as Activision has already announced beforehand, there’s a larger battleground, with the unveiling of the northern region of the map. Third, is the added vending machine, which can be found in Black Market, the secret room in Sanitarium, and the Ball room.

Fourth, is the new vehicle, which is the Tank. In the past, the tanks are nothing but a display within the maps. Now, it can be driven.

The fifth and sixth massive updates are the added Black Market and Downtown maps—where surprises await the players. There’s a better chance of getting great loots here, but there will also be a lot of players battling for it, compared to the other zones in the maps. 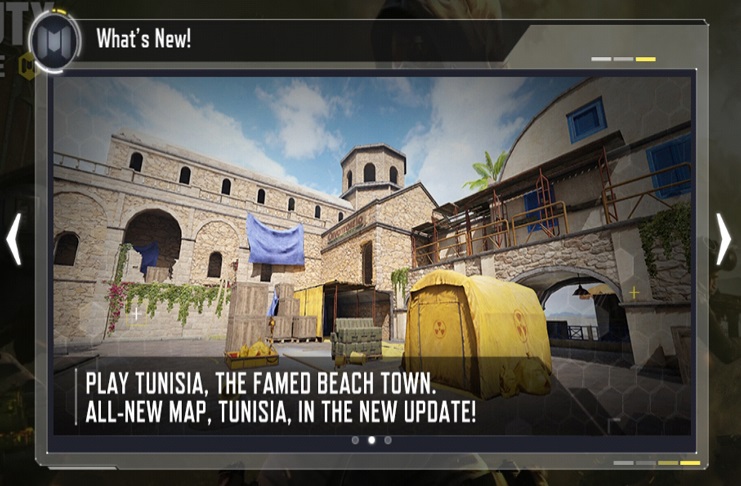 There are two new maps added in MP, as well as two new game modes. As previously reported, Call of Duty: Mobile is adding in its map, which is Tunisia. As of the moment, Tunisia can only be played on Random—Search & Destroy, Domination, Attack of the Undead.

Meanwhile, the Gulag map will be playable in 1v1 Duel and Gunfight.

Attack of The Undead, according to Activision’s official Reddit community page, reads:

All players start as survivors, but one will become the Undead. The Undead can revive unlimited times, and survivors become the Undead if they are killed. Stay as a survivor and fight to the end, or become an undead and hunt down all survivors?

The second new mode is the Training mode. This mode is similar to that of PUBG‘s, where all the weapons of the game are made available for players to practice on.

Also, fans will be glad to know that their request for an HBRa3 weapon giveaway has been granted by Activision. It will be given as part of the new ranked mode rewards. To celebrate the start of the season, Activision is giving away a new operator—Captain – Black Lime—after players participate in three BR matches.