Call of Duty Warzone is just one of many battle royale’s out there, but Activision’s take on the genre is different in many ways. Perhaps one of the best features is the Gulag prison, which is set to be more exciting soon.

When players die in Call of Duty Warzone, they won’t be taken off of the game immediately. Instead, they’ll be given a chance to revive freely through the Gulag prison.

The Gulag pits players against another fallen player in a one versus one battle. Currently, battles in Gulag are settled with shotguns and pistols. However, Activision is going to shake things up by increasing the weapon pool inside Gulag battles.

In a recent post by Activision detailing the next update for the game, it explains some of the changes coming inside the intense Gulag prison.

“Players will now find SMGs and assault rifles in the Gulag. While you can still receive a shotgun or pistol, be aware that different weapon classes are now being handed out in this fight for your life. The new weapon choices include the AK-47, M13, Kilo 141, Ram-7, Striker 45, and more. SMGs and assault rifles both expand the range of engagements in the Gulag, so be careful if you decide to rush your opponent,” says the developers. 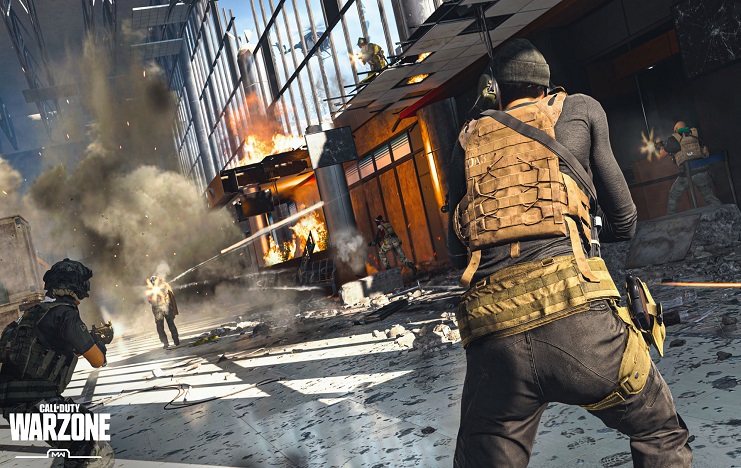 This change is important as players now have a better range of weapons to choose from. It increases their chances of getting a Gulag weapon that they are comfortable with, thus making their chances of winning significantly higher. Players can also expect more intense Gulag battles now that these heavy weapons are coming into the fray.

Beyond the new Gulag weapons, there will be other changes coming to Call of Duty Warzone. For starters, players can now come across a new item called the Armor Box. Similar to a Munitions Box, the Armor Box can replenish the armor of a team before they engage enemies.

There will also be a new classic battle royale mode in the game. This classic mode strips down the Call of Duty battle royale. This means there will be no Buy Stations, Contracts, and Gulag battles.

The new update to Call of Duty Warzone changes a lot of things for players. It’s important to take note of these changes as early as possible so that their enemies can’t get the jump on them in the game.