Activision, the developer of Call of Duty, recently made an update that outraged fans. They listened and hastily restored the Trios mode.

It has been a busy week for the Call of Duty franchise as Call of Duty: Modern Warfare kicked off its third season along with the release of a brand new Battle Pass and a new operator to try out.

The series’ free-to-play battle royale title Warzone also received a significant change as the developers over at Activision decided to swap out the original Trios mode for a Quads mode instead.

????A playlist update is rolling out now across all platforms! We’ve added BR Trios back into #Warzone!????

This means that players could either fly solo or would be grouped into teams of four, as opposed to the three-man teams that were the standard upon the game’s release.

This decision irked a large number of the game’s fan base due to the fact the devs replaced the Trios mode completely instead of adding a separate Quads mode.

The immense backlash prompted Infinity Ward to roll out another update shortly after to reinstate the Trios mode. 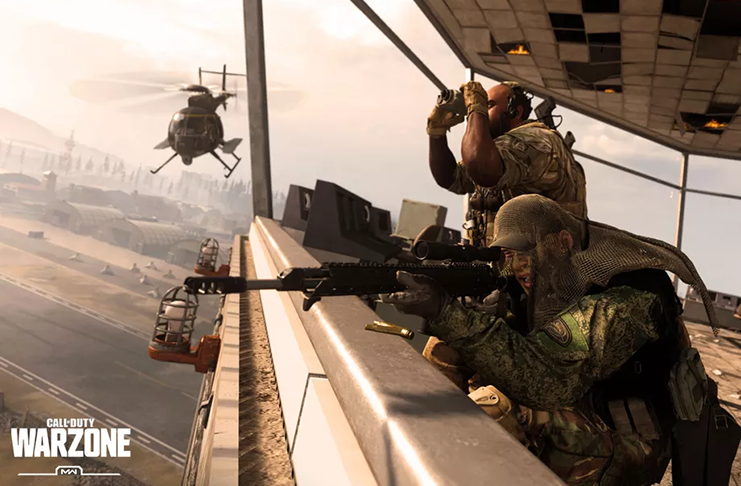 Activision explained on their blog about the new mode:

“Season Three of Warzone brought in Quads, a twist on the game’s standard Battle Royale by way of adding an extra squadmate to each fireteam. A fourth squad member may not seem like much, unless you consider that’s much more firepower being added to each and every team, and that a one-on-four situation is much scarier than a 1v3.”

They further elaborated that “Having an additional Operator will also make certain Contracts easier, such as Scavenger Contracts, where your team can split up slightly to capture Resupply Boxes scattered around the map.”

Some redditors complained that going up against a coordinated three-man squad with a group of players randomly thrown together was hard enough, and that facing a four-man team that actually knew each other would make the game exponentially more difficult.

Others, on the other hand, defended the decision by explaining that adding more game modes could result in a tougher time filling matches.

More game modes would mean that more players would be required to fill the different matches, and in turn, would increase the wait time for matches to fill.

After a lead-up plagued by leaks, glitches, and speculation, Call of Duty: Warzone was finally released on March 10, 2020. Within 24 hours, the game amassed an astonishing 6 million downloads, making its debut a huge success.

Over 30 million of you have dropped in to play #Warzone. Thank you to this amazing community .

A mere 10 days later, Call of Duty: Warzone would hit the 30 million downloads mark, making it one of the more successful battle royale games today.

Images courtesy of Call of Duty and Unsplash