Call of Duty: Warzone has broken a new record, and the success of the game is partly responsible for Activision-Blizzard’s impressive first-quarter performance.

Call of Duty: Warzone had been a massive success right from the start, and its proving to be such a boon to Activision. Because of this, the publisher doesn’t plan on letting go of the new battle royale mode even when a new Call of Duty arrives.

Taylor Kurosaki of Activision even claimed that Warzone could come to next-generation consoles PS5 and Xbox Series X when they are released.

Just recently, Activision revealed that Warzone has finally surpassed 60 million in player count. The news doesn’t come as a surprise, given the game’s record-breaking background.

Back when it was first released, the free-to-play battle royale game already had six million players on its first day. In just a month, it was able to surpass 50 million players.

Thank you for dropping in with us. pic.twitter.com/ugbbrOEmnr

The developers of the game quickly took to Twitter to share the news, thanking players for their incessant support. Apex Legends had achieved a similar feat during its first month of release.

This only proves just how popular tactical shooters can be.

March alone saw Warzone driving increased sales for Modern Warfare. This is despite the fact the battle-royale mode can be downloaded separately from its mother game.

Call of Duty: Warzone and its role in Activision-Blizzard’s earnings

The company reports non-GAAP earnings per share of 66 cents on revenues of $1.79 billion. This figure is much bigger than the projected 38 to 58 cents on $.138 billion by analysts. Because of this, Activision-Blizzard’s is now at $71.72 per share, with a 4.6% increase. 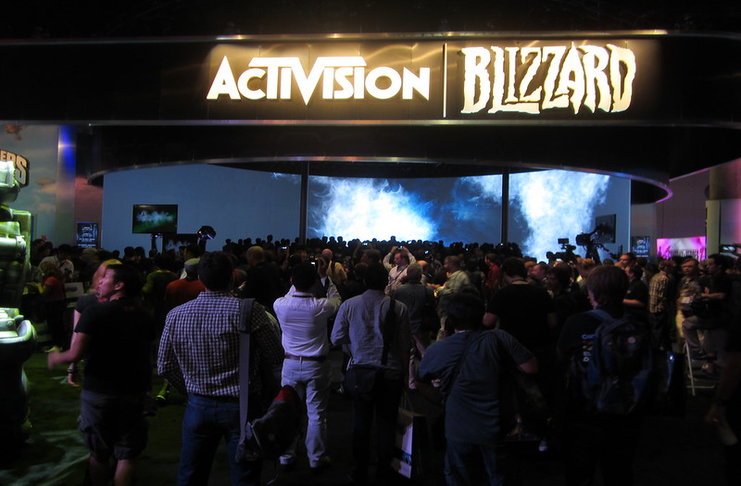 The growth experienced by the company doesn’t come as a surprise. With the novel coronavirus pandemic forcing people to stay locked inside their homes, playing games became an important past-time.

More than that, the earnings call also revealed that the popularity and success of Warzone and Modern Warfare had also played a big role in this growth.

“I think we’re changing the trajectory in the interest in Call of Duty. I think it started last year with the Modern Warfare launch and mobile. And I think Warzone did a good job of bringing back lapsed Call of Duty players, but also introducing new players,” says Activision-Blizzard CEO Bobby Kotick.

The company definitely made the right decision in developing the Call of Duty: Warzone battle royale mode.

Images courtesy of Tarcil Tarcil/Flickr and Call of Duty: Warzone