Prince of Persia has become a dormant title for a decade now, but now everyone knows why. Footage of what appears to be a PoP level leaked out of nowhere. What makes it great is it’s dated 2012.

The video, uploaded by an account named PositiveLauncher, is garnering attention. The leaked footage shows gameplay of the Prince moving about in the city as a disaster ravages it. It has the hallmarks of everything Prince of Persia envisioned.

What underscores the leak’s legitimacy, oddly enough, is what appears to be a comment from a Ubisoft higher-up.

Apart from an obscure mobile game, the Persia franchise laid silent for so long. The last mainline offering that came from developer Ubisoft dates back to 2010. This installment was Prince of Persia: The Forgotten Sands, which received mixed reviews.

After The Forgotten Sands, Ubisoft moved their focus away from the IP. They introduced new titles like Watch_Dogs and continued the Assassins’ Creed franchise. The most recent installment in the series is AC: Valhalla, expected to release late this year.

With that change in focus, Prince of Persia received almost no push at all. Even then, fans of the game clamored for a new installment. They wanted the next game into the first-ever free-runner game franchise.

This demand shows in the leaked video, which garnered more than 184,000 views at the time of this writing.

The leaked video, titled “Prince of Persia Redemption”, looks legit. It has the same feel and style of games that Ubisoft was making in the early 2010s. The timeline gives credence that this is likely an unfinished and canceled Persia game.

In a thread in Resetera, a LinkedIn profile for a certain Christophe Prélot floated. What makes this discovery interesting is that Prélot worked in Ubisoft for almost five years. Among his job credentials is 3D Level Artist for the Persia franchise.

What makes this story more intriguing are some of the descriptions. Prélot noted the work is for a canceled game, where he “generated an entire level of a Percia [sic] city in destruction with scripted evens[sic]”. 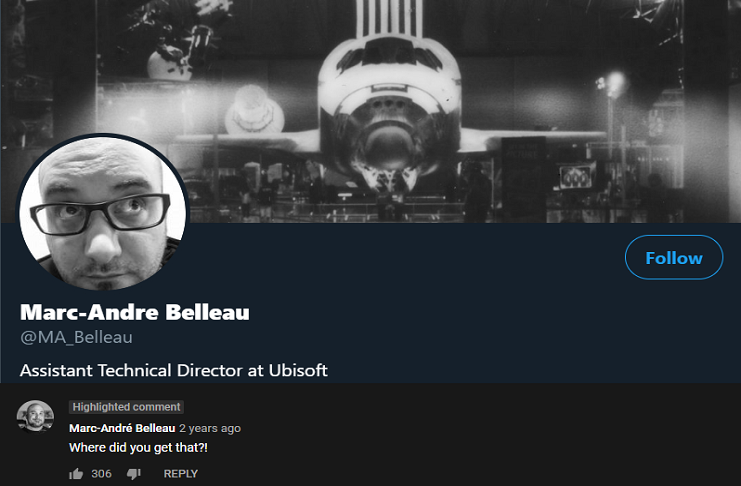 This description lines up 100% with the leaked footage. On the video upload, the pinned comment also shows Ubisoft Assistant Technical Director Marc-Andre Belleau. Belleau asked “Where did you get that?!” in 2018.

These details solidify the probability that this was a canceled game from 2010 – 2011. Ubisoft focused on releasing the last games of the Ezio Trilogy at the time. These games were Brotherhood and Revelations.

The Prince of Persia video leak shows the Prince doing parkour on a ruined city, which looks super cool.