Capcom announced its newest game, PRAGMATA, in its Sony PS5 showcase event. The game is pretty, but the announcement is full of bizarre details.

PRAGMATA, as a game, is not only weird but eerie too. The trailer is a good 2+ minutes of a random mishmash of things that is hard to explain. The title is as bizarre as Hideo Kojima’s Death Stranding, and the trailer isn’t helping.

Capcom trailer has hints of Death Stranding with its weirdness

The trailer for the game itself has a ton of potential in it. The trailer shows a person in an all-white spacesuit loitering around. The view seems to be post-apocalyptic Times Square lacking any humans.

The figure is tracing where all the people went, only to find a little girl in the empty city.

The weird girl in blue has a robot holo-cat as her companion. As they meet, the world shatters, only to reveal that the sky is a simulation. Around the same time, a satellite also destroys the dome.

Judging by that story, it’s easy to say why there’s a ton of confusion about the game. The trailer does not clarify anything, either, which is problematic. What Capcom showed so far has hints of Hideo Kojima’s Death Stranding sprinkled all over.

The game has the signature dystopia and even philosophical leanings. What’s missing in it are the ramblings of Hideo Kojima himself. It’s too easy to mistake the game to be his undoing.

The game also seems to hint at a type of simulation world a la Matrix. It’s all speculation from this point, but there are a few details that Capcom confirmed. 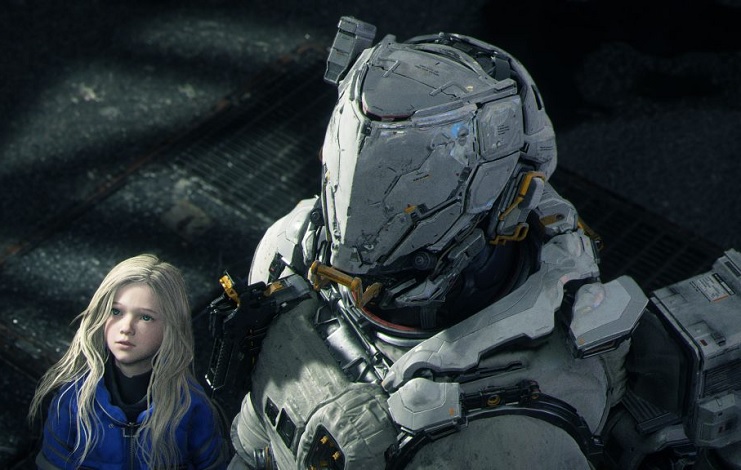 Capcom to offer more information in 2021

What little information gamers have on PRAGMATA comes from Capcom’s announcement post.

“Set in a dystopian near-future on Earth’s Moon, PRAGMATA will take you on an unforgettable, adventure, powered by the Next Generation of gaming hardware,” said the announcement.

“Our development team is hard at work on this brand new game title, making full use of new next-gen tech, such as ray-tracing, to create a breathtaking and immersive sci-fi setting like never before.”

Capcom promises to share more information about the game next year and on the social media channels of the game. PRAGMATA will come out at some point in 2022. The game will be available for the PC and all next-gen consoles, including the PlayStation 5 and Xbox Series X.