The high demand for moving essential supplies around the globe had brought cargo carriers and airlines a new opportunity to flourish amid pandemic.

The absence of passengers following travel bans due to coronavirus crisis had airlines reeling in the first quarter of 2020. According to Ascend by Cirium, a UK-based aviation consulting firm, the pandemic parked almost 26, 000 planes through mid-April, which is nearly two-thirds of the world’s fleet.

On the contrary, air freights are reaping high outturns as different countries bustle to acquire essential items such as medical supplies and food.

Based on its first-quarter report submitted last Thursday, May 7, Atlas Air Worldwide Holdings revenue surge to US$23.4 million [AU$36.12 million] in the first three months of 2020.

In a statement, the executives shared their enthusiasm following the strong demand and are expecting the demand to continue through the second quarter. The aviation company also sees its adjusted net income to grow as much as 50% from the previous quarter.

The Amazon-contractor also earned 8.6% shares in the first quarter but rose to 50% in the current quarter.

ATSG, which is also an Amazon contractor that provides passenger charters, also said it stocks fell a bit on Thursday. But it continued to rise more than 17% as the second quarter began.

Contrary to what cargo carriers are experiencing, the four major airlines are still struggling to stay operational amid the pandemic. But seeing how air freights grew in demand, passenger planes are now being remodeled to operate cargo-only flights. 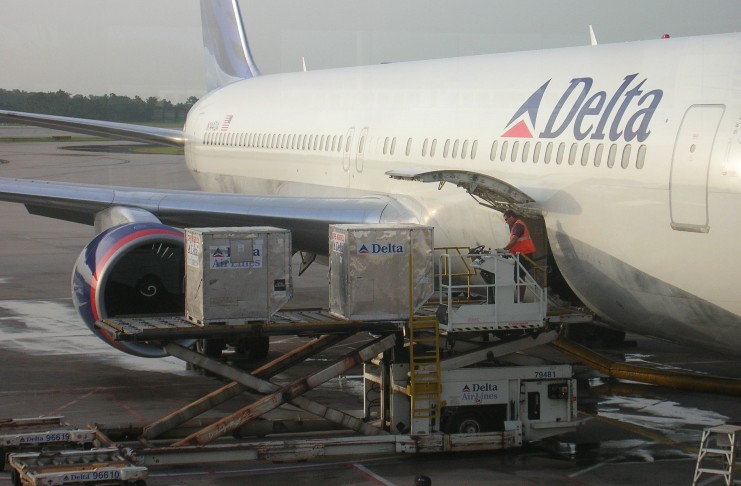 American Airlines, for instance, is seeing a high demand for moving pharmaceutical supplies. It started operating cargo-only flights in March, which is also the first time since 1984.

Japan Airlines Co. is also looking to run an estimated 1,200 flights from March to May, mainly to East Asia, the United States, and Europe.

Other airlines such as Nippon Airways Co. had also operated almost 600 cargo-only flights this April, according to Japan Times. ANA and JAL have also shifted to carrying cargoes as well.

Meanwhile, Air Canada is planning to remodel its planes too. The airline said it would remove a total of 422 seats in its three 777 Boeing passenger planes to increase loading capacity.

Due to the high demand, the volume of cargoes handled at Narita Airport surged by 2.3%. According to airport officials, they had to reject reservations due to the “excessive demand.”

Recently, Delta’s stocks fell by 24%, while American is down by 22%. Southwest and United’s stocks, on the other hand, plummeted by 28% at the same time.