Bitcoin is ‘taking over’ gambling in some Asian countries according to a world-famous economist – and scientific research backs up the claim.

Research from the Centre for Gambling Studies confirms a link between problem gambling and cryptocurrency – with half of regular gamblers also trading crypto.

“Bitcoin is primarily a gambling instrument for Chinese, Koreans and Japanese,” he said.

Xie, who was named by Bloomberg as one of the 50 most influential economists in the world, believes US traders are controlling BTC prices through the Bitcoin futures markets and preying on Asian crypto speculators.

“The traders there could push it back when it is that high. They would push it down until the people in East Asia panic and run. Then they will square position to cash out.

“They are essentially making money from East Asia. They will make it in such a way to keep the game going. East Asians lose about $100 billion in gambling every year.

“Cryptos are taking over the business. Eventually, you will see physical casinos closing down.”

Gambling is heavily restricted – and in some cases prohibited outright – in many Asian countries. Local banks will often not process transactions involving gambling companies.

One popular method to circumvent the ban is by using Bitcoin to get money into gambling sites anonymously.

Bitcoin gambling is huge on the darknet as well. In July last year, Chinese police broke up a darknet World Cup gambling site which had taken more than $1.5 billion (10 billion yuan) in bets. 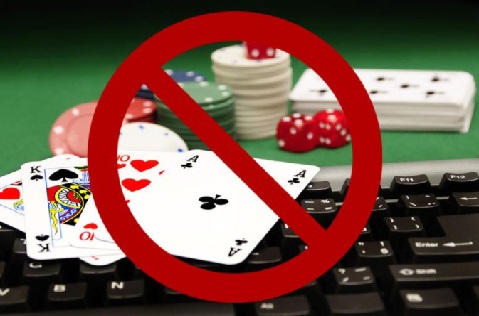 Research has shown that regular gamblers view crypto trading as a high risk/reward activity with a similar rush to gambling.

A study of 876 gamblers published in the May 2019 issue of Addictive Behaviours found that more than half of regular gamblers (those who’d gambled at least once a month for the past year) had also traded crypto.

Subtitled “A new risk for problem gambling?” the study also found 75% of high-risk stock traders also trade in crypto and that people trading in both reported more problem gambling, along with higher rates of anxiety and depression.

The authors surmised that one reason problem gamblers trade crypto more frequently is due to their impulsivity and belief that they can “beat the market”.

The initial goal of the research was to determine how often Bitcoin was used as a payment method for online casinos, but along the way, it uncovered the strong association between compulsive gamblers and crypto.

“For some people, trading cryptocurrency is seen as an investment opportunity,” said lead author Deven Mills.

“But there is an alarming proportion of people who are ‘gambling’ on these cryptocurrency markets as they would gamble on horses or sports or slots. And it has the potential to get them into significant trouble.”

Do you have a crypto or gambling problem?

Symptoms that may indicate that you could have a problem with gambling or crypto include: