The U.S. FDA recently recommended the boosters of Moderna and Johnson & Johnson after obtaining the endorsements from its advisory committee. Earlier on Thursday, a CDC independent panel voted unanimously to support the decision.

ABC News reported that the panel recommended a booster shot for Moderna vaccine recipients six months after completing the initial vaccination series. This only applies, though, to individuals age 65 and above, adults who have underlying health conditions, and those who work or live in high-risk settings.

As for those who took the Johnson & Johnson COVID-19 vaccine, the panel recommended a second dose at least two months after taking the shot. This applies to all eligible adults, age 18 and above.

Approval from the CDC

Later that day, CDC Director Rochelle Walensky gave the “final signoff” to the recommendations. This then gave the green light for the distribution of the boosters to the eligible population of the United States.

Reports said that this involves the 39 million Moderna recipients and 13 million individuals who took the Johnson & Johnson vaccine. They may take the boosters as early as Friday, based on the slide reportedly presented by the CDC.

In her statement, the agency’s head said that the latest booster recommendations are another example of the agency’s “commitment to protect” many individuals from COVID-19. She also noted that the three COVID-19 vaccines, referring to the Pfizer, Moderna, and Johnson & Johnson jabs, are safe as the evidence shows.

Alongside endorsing the boosters, the CDC panel also seemingly approved the mixing and matching of the shots. As per The Associated Press, the committee did not explicitly recommend individuals to take a different vaccine brand than what they used during their initial vaccination series. Nevertheless, the experts left the option open. 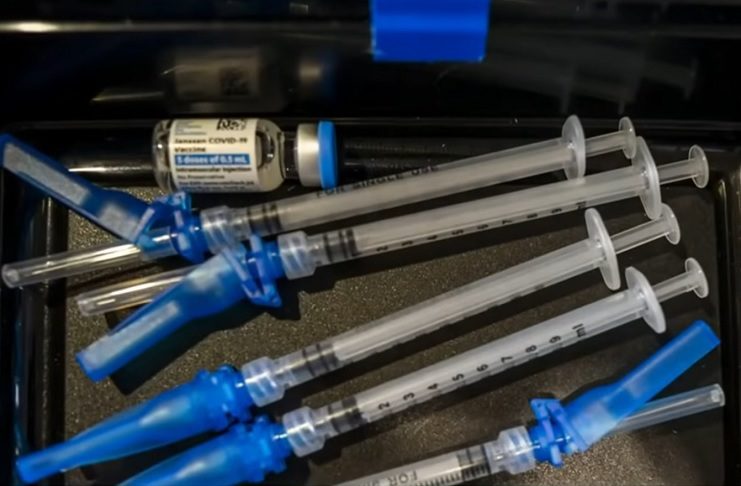 In addition, some panel members reportedly stated that they would prefer those who took the Janssen COVID-19 jabs to receive a booster from a different brand. This comes after an ongoing study suggests that doing so may provide a “bigger boost” in antibodies.

Inoculating the unvaccinated remains a priority

Overall, two-thirds of Americans who are eligible for the boosters already completed their initial vaccination series. But, the U.S. government reportedly says that it remains a priority to get the first shots to the unvaccinated individuals.

Meanwhile, Our World In Data reports that over 65 percent of the U.S. population has received at least a dose of the COVID-19 vaccine. This is as of Wednesday, a day prior to the booster endorsements from the CDC and its advisory panel.