Chilean health minister Jaime Mañalich shocked everyone with how he counts those killed by the coronavirus by implying that they were “no longer contagious”.

This is according to a press conference reported by La Vanguardia held last April 13 where he claimed that over 800 deceased patients were not infected anymore.

Just when China underreported their cases, another questionable move from Chile was observed as coronavirus cases worldwide jump over 2 million.

President Sebastián Piñera also declared a 90-day state of catastrophe in early March, restricting freedom of movement around the country, according to Reuters.

A military official will take charge of the 90-day measure to assure the security of food supply and basic services.

However, this measure also expects the economy of Chile to drop by 4.9% in the second quarter according to a central bank poll of 52 analysts.

“Prudence and wisdom” on quarantine measures

Mañalich also stated that applying these measures could bring increased risks to people’s mental health as well as the rate of domestic violence as he added:

“Quarantining a place where various people live in a few square meters is not only a sacrifice that generates enormous trauma and health risks, especially for mental health and intra-family violence […] It is a tool that produces a shift of such magnitude in people’s freedom of movement that it has to be used with great care, prudence and wisdom.”

This isn’t the first time the health minister has received criticism in the Chilean government.

Mañalich, along with Piñera also claimed in earlier months that a coronavirus mutation could be perceived as becoming a “better person” before local government officials pressured them to declare national quarantine.

Chile also announced that it will issue immunity cards called “Carnet Covid” starting April 20 which can be obtained through the Minsal web platforms, or in person.

According to Mañalich, the purpose of this card will prevent the holder from infecting third parties within a year.

In addition, Mañalich pointed it would not be necessary to be vaccinated every year, for being “extraordinarily stable and not mutating”. He also stated that the diagnosis must be confirmed by a health authority to qualify for the “Carnet Covid” card. 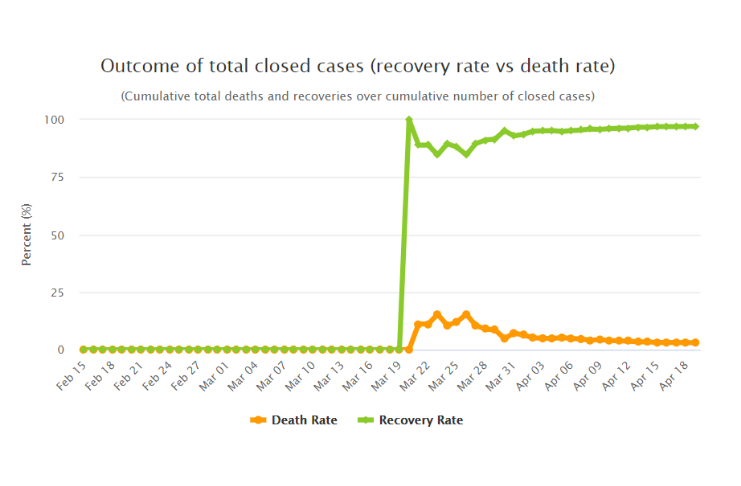 This action by Chile may prove to be controversial as some of the cards will be based on the presence of antibodies to the virus as well as concern that this new system will put the cards in a black market, according to Bloomberg.