China scrapped its projections for GDP growth and they will continue its talks with the U.S. despite the tensions. Other sources say that China will focus on military spending.

Chinese Premier Li Keqiang shared his report today during the opening session of the National People’s Congress (NPC) that they have not set a specific target for economic growth.

He adds in his report that China will face some factors that are difficult to predict in its development due to the uncertainty that’s looming around the coronavirus pandemic. 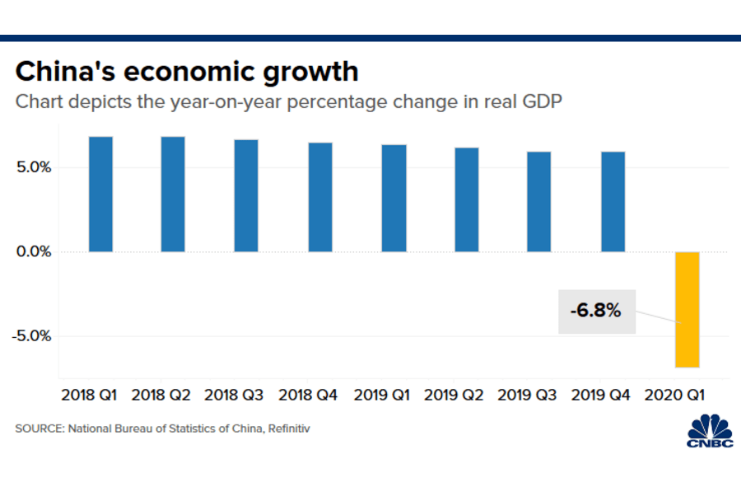 However, other Chinese experts claim that the fundamentals of the Chinese economy will remain sound in the long run and are expecting it to grow around three percent for this year.

The “phase one” deal continues

Aside from the national security laws for Hong Kong announced by Beijing, the “phase one” trade deal between the U.S. and China will continue.

More from Li Leqiang’s report, he vowed that Beijing will work towards the liberalization of global trade and investment as he adds:

In addition, Li also said that China would actively participate in the reform of the WTO (World Trade Organization) and work toward the signing of the Regional Comprehensive Economic Partnership.

Hu Xijin of the Global Times said in a tweet today that China may focus on strengthening its military, ironically setting their budget growth lower compared to last year’s 7.5%.

China is confident of its GDP growth, so it plans to increase military spending by 6.6%. China increases its military expenditure according to practical needs, not for arms race. US economy can't support its military budget multiple times of China's spending, like now, for long.

The U.S. has recently banned all products from Huawei causing further tensions between the two economic superpowers.

Goldman Sachs chief economist Jim O’Neill observed that compared to many countries, China has been providing little additional support for its economy that has been battered by the COVID-19 pandemic.

He further adds that China is being both prudent and very cautious and given the status of the supply and demand shock, its policy has been timid so far.

While the U.S. has been giving away stimulus packages of over US$2 trillion [AU$3.06 trillion], China has only been allocating around US$364 billion worth of fiscal measures as of May 14 according to the International Monetary Fund.

Furthermore, this long-waged trade war between the U.S. and China may keep on getting worse according to experts reporting on CNBC this week.

In addition, President Donald Trump continued to express his finger-pointing at China for causing this worldwide pandemic.

Some wacko in China just released a statement blaming everybody other than China for the Virus which has now killed hundreds of thousands of people. Please explain to this dope that it was the “incompetence of China”, and nothing else, that did this mass Worldwide killing!

However, Yale University senior fellow Stephen Roach sees this move as a “politically motivated trade conflict.” He further adds that the “end game” for the Trump administration is winning the election this coming November.

If the Trump administration’s motive in its recent showboating against China is to win at the November elections, the world may see this backfire anytime soon.