As the world scramble to address the onslaught of the ongoing pandemic, China appears aggressively pushing its foreign policy to the world.

Despite one of its provinces being at the epicenter of the crisis, President Jinping appears to be more focused elsewhere. Seemingly, in wanting to displace the United States as a superpower, paving way for China.

Prior to the onset of the infection that started a pandemic, China had been flexing its muscles in places such as the South China Sea and Hong Kong. Recently, Taiwan was added to the list as well.

We have seen China wanting to take over both the South China Sea and Hong Kong, only to get some heavy protests. Taiwan, on the other hand, is seen getting intimidations via China’s increased military maneuvers.

Thriving in riches, China also seems to expand its influence through money. In light of the United States cutting its support of WHO, China is seen pledging tens of millions of dollars for backing.

That is not to mention China’s venture to Africa that sees several of its countries making a compromise in exchange for reliefs amid the crisis, as per Vox.

Closer Look into the Events

Prior to the events of the pandemic, Hong Kong see trouble as protestors roamed the streets that lasted from August to October last year. In retaliation, China arrested several key individuals in the protest. 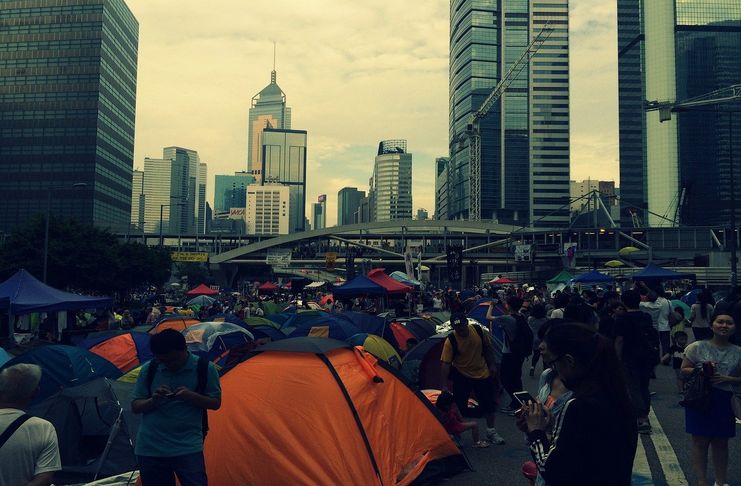 Meanwhile, in the South China Sea, the giant Asian country is seen renaming areas in the landmass, asserting its sovereignty. In addition, it’s also seen building two new districts for its settlements in the Yongxing Island. This was around the same time as the event in Hong Kong was taking place.

The occupied land area in the middle of the ocean may not seem much. But the location’s expansive water territory directly clashes with other nations which also laid claim in the island. Namely, countries such as Brunei, Malaysia, Philippines, Taiwan, and Vietnam.

Taiwan did not really see trouble similar to the goings-on in Hong Kong. But it, too, experienced trouble on its own.

China’s growing military drills around the island-nation signals its discontent over Taiwan’s presiding leader’s re-election. President Tsai Ing-wen is known for her stance against China.

Part of the tension is caused by the communist country’s unusual behavior around the island. Such as it conducting a 36-hour endurance exercise in addition to five warships spotted sailing near the island.