Despite a crackdown by authorities, the Chinese public can’t seem to get enough of crypto following the country’s embrace of blockchain.

Chinese authorities are trying to combat a wave of interest in cryptocurrency in China after blockchain-based stocks surged following the country’s official embrace of blockchain.

Blockchain is the flavour of the month in the money-loving communist country and this week a large provincial government launched a blockchain-based financing platform and the first Chinese stock exchange blockchain index has just gone live.

But trying to separate the official embrace of blockchain from ‘risky’ cryptocurrency in the mind of citizens is proving a tricky line to navigate.

Numerous authorities in China have been forced to issue stern official warnings to individuals and businesses to stay “rational” and to avoid risky crypto trading activities.

Authorities report there has been a resurgence of interest in crypto and said some platforms had ‘seriously violated’ China’s 2017 ban on Initial Coin Offerings.

They ordered all firms to cease promoting crypto projects, to stop engaging in trading or the provision of any services related to cryptocurrency. 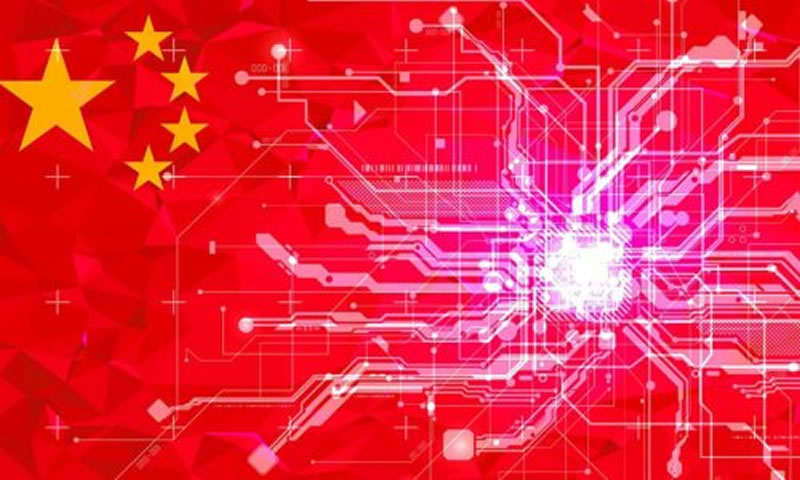 Crypto is frowned upon even as institutions embrace blockchain

The Guandong government this week launched a blockchain-based financing platform to help small companies in the province to get faster loans from banks.

Supported by Alibaba’s fintech arm, the platform is believed to be the result of an initiative launched in July to create a service connecting businesses in Guandong with banks in Hong Kong and Macao.

The platform has collected information from 11 million companies as well as 129 financial institutions.

The index tracks the performance of the top blockchain-related companies listed on the exchange.

Blockchain stocks in China saw a big boost from President Xi Jinping’s announcement the country was going all-in on blockchain back in October.

Since then eight of the stocks in the index spiked more than 100%, while 20 others jumped by 50% or more.

Shenzhen Genvict Tech was one of the biggest gainers, up 275.33%.

The blockchain index includes companies from a range of sectors including IT, manufacturing, finance, utilities, construction, wholesale and retail, transportation, business support, research and development, and media. IT dominates with 27 stocks, followed by manufacturing with 14 companies. There are only two finance companies.