Ellen DeGeneres is, allegedly, eyeing Chrissy Teigen to replace her as the host on the Ellen Show.

According to Life & Style, Ellen DeGeneres is retiring from her Emmy-winning talk show very soon. An unnamed source told the tabloid that Portia de Rossi is the one convincing the comedian to leave the Ellen Show, and DeGeneres agreed. However, no concrete pieces of evidence can confirm that these hearsays are true as of this writing.

Did Ellen DeGeneres ask Chrissy Teigen to replace her on the ‘Ellen Show’?

An unnamed source said that DeGeneres has already drawn up a shortlist of superstars that can fill her dancing shoes. And Teigen is at the top of her list.

“Ellen’s reached out to a few guest hosts including [Ellie] Kemper, [Neil Patrick] Harris and Teigen, who have filled in for her in the past. It’s not an easy decision, but it’s one she’ll be making soon,” the unnamed source said, as per Life & Style. 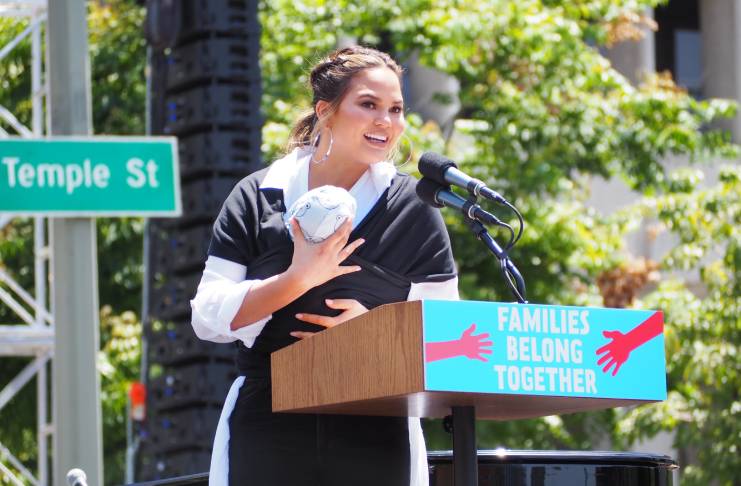 According to Gossip Cop, DeGeneres’ contract on the Ellen Show will end this year. And in 2018, de Rossi told The New York Times that her life can get into other creative ventures other than hosting the talk show.

However, Ellen DeGeneres has not directly said anything about wanting to quit the show. The rumor-debunking site claimed to have been told that DeGeneres made a decision and that is to stay on her talk show despite the criticisms that she has been receiving.

Rumors about DeGeneres quitting the Ellen Show have been rife in recent months. Us Weekly claimed that DeGeneres is eyeing Kristen Bell to replace her following the slew of mean girl criticisms that the funny woman has been receiving.

“With Ellen’s PR disaster, suddenly Kristen’s name keeps coming up. She’s quietly been honing her hosting chops. Everybody in town loves her!” the source said, as per Us Weekly.

However, there aren’t any concrete pieces of evidence that can confirm that these hearsays are true either.

Last year, Life & Style claimed that DeGeneres is leaving the Ellen Show to focus on having kids with her wife.

“Ellen’s finally quitting Hollywood. After years of Portia begging her to leave her talk show behind, she’s finally relenting,” an unnamed source said, as per Life & Style.

And Globe also reported that DeGeneres was leaving the show following the backlash that she received for defending Kevin Hart. But both dubious storylines has been debunked by Gossip Cop.

Ellen DeGeneres has not confirmed or denied the rumors about her leaving the Ellen Show and being replaced by other celebrities.