The Australian-born man accused of the Christchurch mass murder claims to have made enough money to quit work and travel through the notorious BitConnect ponzi scheme.

Brenton Tarrant, who allegedly murdered 49 people in cold blood at two New Zealand mosques on March 15, put out a 73 page online manifesto on 8chan called The Great Replacement: Towards a New Society.

In it, he reveals he never studied at University, but worked for a while as a fitness instructor before investing in crypto.

“I worked for a short time before making some money investing in BitConnect, then used the money from the investment to travel.” 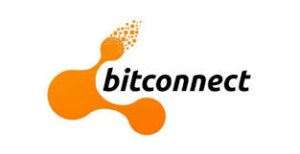 Like all Ponzi and Pyramid schemes it was certainly possible to make a lot of money out of the scheme before it eventually collapsed. Those who got into the scheme early and sold out before the end of 2017 could have made gains of more than 100 times or more their initial investments.

Tarrant was a regular on the 8chan/pol boards. That was where he announced he’d be live streaming the shooting on Facebook.

Robert Evans at Bellingcat put together a terrific analysis of the manifesto yesterday that draws attention to its many online shitposting memes intended to bait journalists into drawing wrong conclusions – essentially mass murder crossed with trolling.

Is it possible the BitConnect reference was simply trolling?

That’s what Reddit user ‘dgerard’ said about the link. “There’s no reason to believe any claim in the manifesto. It’s an 8chan neo-Nazi shitpost crafted to troll the media.”

Others were also dubious about the connection and point out the timelines of when Tarrant’s father died, when he went traveling and quit his job, don’t seem to match with BitConnect’s lifespan (though information about all of that is pretty sketchy at this point).

In another thread on Reddit, ‘MasterBaiterProCrypto God’ worried about the media connecting the two. “The media WILL spin this and they will do their best to make a connection between Bitconnect, Bitcoin and Blockchain (even if there is none) mainly because to the audience it all sounds the same.”

Crypto crosses over to the dark side

But even if Tarrant didn’t make any money from BitConnect, he certainly moved in circles where the background to it is common knowledge. While it’s disturbing to acknowledge there’s crossover between the crypto community and the circle jerk of memes and hate on 4chan and 8chan, it does exist to some extent.

There’s little doubt that some angry and disaffected young men are drawn to crypto as an easy answer to their dead-end lives, to solve their financial and status problems.

As Slate reported, the 4chan/biz boards became angry and hate filled in early 2018 after the spectacular collapse of the crypto market put paid to their dreams.

Utopian talk about replacing the existing financial order turned into anger and anti semitic conspiratorial thinking about rich Jewish bankers in the finance industries “owning everything” such as The Rothschilds and George Soros.

Hopelessness expressed as anger and hatred

Journalist David Z Morris, who has examined the crossover between hatred and crypto on these boards previously, wrote in BreakerMag yesterday:

“This cadre, primarily young white males, was seeing the evaporation of a possible escape from their own sense of hopelessness, and redirected their frustration at easy targets presented to them by the broader discourse of hate on 4chan.

“That the alleged shooter explicitly references profiting from a scam echoes a broader cynicism about contemporary society that is widespread, but particularly concentrated among denizens of 4chan … this cynicism is displaced onto figures including Muslims, Jews, and immigrants.”

Let’s hope the link between the crypto community and the hate mongers is a slender one.

But the next time someone starts talking hate filled nonsense – even if it’s an obvious trolling ‘joke’ attempt  – when all you wanna do is talk crypto, then shut that shit down.