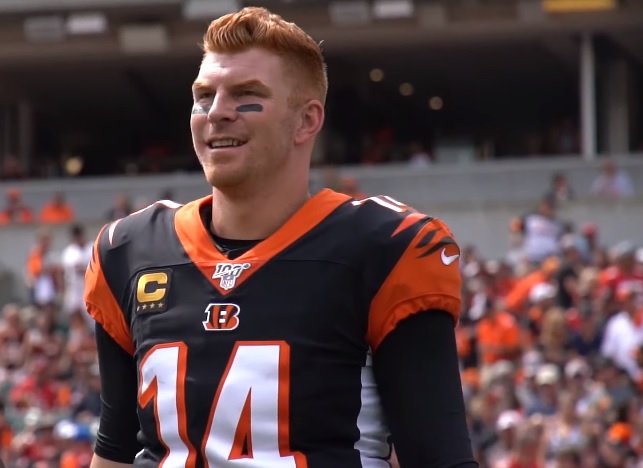 After the 2019 NFL season, Cincinnati Bengals directly started their exit meetings. Following to the conclusion of the team’s conference, Andy Dalton cleaned out his locker and took the opportunity to shake hands with every media member in the locker room.

Dalton’s kind act appears to be a result of his realization that his time with Cincinnati is almost over. On Thursday, this  became a reality.  The Bengals officially announced that they will be releasing their quarterback, Andy Dalton, after nine seasons of being together.

Team president Mike Brown expressed his gratitude and appreciation to Andy with a message. He stated,

“ This is a hard day for our club because we know and appreciate what a consummate professional Andy has always been. We respect and appreciate Andy, and we thank him.”

The reason behind Andy leaving the team

The decision to remove Andy came just a week after the Cincinnati Bengals drafted LSU quarterback Joe Burrow with the overall No. 1 pick in the NFL’s 2020 draft.

Since the Bengals had 11 losses and only 2 wins last year, the team wanted a player who can change the trajectory of the franchise and invigorate the fan base. They found what they were looking for in Joe Burrow.

The Andy Dalton era in Cincy is officially over ????https://t.co/aTgz7e9g9i

On top of that, Cincinnati Bengals did not have the salary-cap space to keep Dalton and sign its incoming rookie classes. With Andy leaving the team, there is $17.7 million in cap space for the Bengals, and it paves the way for Burrow to immediately be the team’s starter at quarterback.

After the franchise drafted Andy out of Texas Christian University in the second round of the 2011 NFL Draft, he became a three-time pro bowler for the Bengals and set several team passing records.

He concluded his time with the Cincinnati Bengals with a message that says,

“This city has been our home since I got drafted here, and this city’s meant a lot. I’m thankful for all the people that we’ve met. There’s been a lot of good people in Cincinnati who have pushed me, my wife and my family to be better people, and we’re grateful for that.”