On his Instagram Story, the actor slammed those who have been accusing him of cheating on Reinhart with supermodel Kaia Gerber.

Sprouse also revealed that the baseless accusations resulted in the leaking of his address, as well as the stalking of his friends.

The rumors regarding Sprouse and Gerber’s supposed affair started after eagle-eyed netizens claimed to have seen the 18-year-old supermodel at the actor’s home.

Since the United States is on lockdown due to the coronavirus pandemic, these netizens were convinced that Sprouse and Gerber are quarantining together.

Immediately after spreading the fake report, Sprouse’s critics claimed that Reinhart unfollowed him on social media. Upon checking the co-stars’ accounts, they are still following each other. 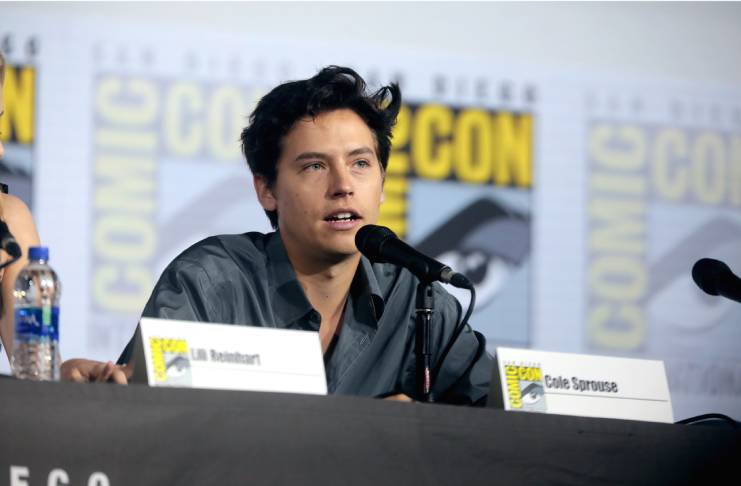 “I tolerate a lot of rumors and slander from people online claiming to be my fans. Fans who feel entitled to my privacy precisely because I never indulge them,” Sprouse wrote.

He also said that when he stepped into a very public relationship, he was aware that there will be some consequences.

“And while I truly never intended to indulge any part of my private life to the ravenous horde, it’s clear my restraint in updating them has allowed them to push their own agenda onto my habits and lifestyle,” he said.

A source told E! News that Sprouse and Reinhart are still dating even though their relationship has been up and down.

The insider also said that the co-stars talk to each other every day. They have also been trying to keep their relationship low-key.

As for Sprouse and Gerber, the two are just friends. While it is true that Gerber visited Sprouse at his home, the picture is reportedly old.

Sprouse is on self-quarantine in Los Angeles, while Reinhart is in Vancouver. As such, the couple has not seen each other in at least a month.

Two months ago, Reinhart seemingly hinted at her relationship status during her interview with Style Caster.

The actress, who plays the role of Betty Cooper in Riverdale, said that she’s prioritizing self-love right now.

“It took me kind of going home for the holidays and being around my family and realizing how much I missed them. That made me realize I may have been neglecting myself a little bit. And it’s easy to when you work so many hours a week and are constantly traveling. It’s easy to lose yourself a little bit,” she said.