Nazis are raising millions in Bitcoin – and a crypto comic by an alleged Nazi has sparked a heated debate on the r/Bitcoin subreddit.

The US House Financial Services committee closely examined the use of Bitcoin and other cryptocurrencies during its hearing into domestic terror financing this week.

Selim said that notorious neo-Nazi troll Andrew ‘weev’ Auernheimer has received large amounts of donated Bitcoin, as have neo-Nazis sites and publications like Stormfront and The Daily Stormer.

Congressman Brad Sherman of California said that Andrew Anglin, publisher of the neo Nazi publication The Daily Stormer received $60,000 in Bitcoin following the attack in Charlottesville.

Nazis love PayPal and iTunes too

Crypto is of course, far from the only way domestic terror groups raise funds.

The hearings also heard that at least 69 domestic terror groups have been using PayPal to collect money, the KKK’s David Duke had his own YouTube channel, and at least 54 white power bands are flogging songs on iTunes and

The Southern Poverty Law Centre has persuaded PayPal and Google to cut off funding to hate groups – but this will only make it more likely they will embrace cryptocurrency.

A quick glance over wallets the SPLC say belong to the Daily Stormer show they have received at least 215 Bitcoin, or around $1.87 million worth. (Here’s just one of their wallets).

Why do Nazi’s love Bitcoin?

As discussed, Bitcoin is a very practical way for Nazis to get around being kicked off mainstream payment processors .

But Bitcoin’s libertarian ethos has also long attracted members of the alt-right, many of who congregate in the badlands of 4chan/biz.

The Christchurch shooter claimed in his 8chan manifesto that he’d financed his travels around the world (where he self radicalised) through cryptocurrency investments.

Even Reddit’s crypto forums aren’t immune. This week a comic by alleged Nazi sympathiser Stonetoss was posted on the r/Bitcoin subreddit. 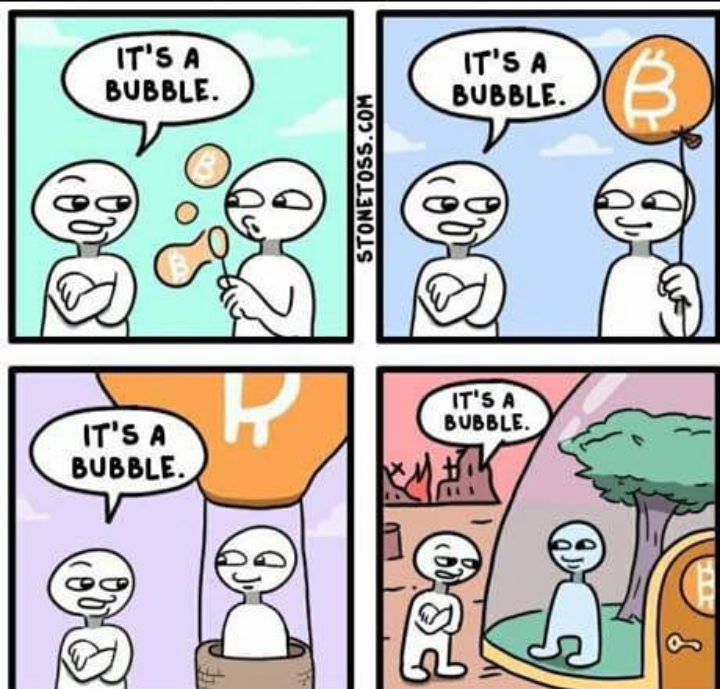 The posted content itself was fairly innocuous about the ‘Bitcoin bubble’ comic but it sparked a heated debate because some users felt that it was providing a platform for Stonetoss and would draw cryptocurrency fans towards his other material which is frequently described as altright and white supremacist.

“Yo, Stonetoss is an actual Nazi,” wrote JingleJangleJin

Others said Nazi content was a concern, but a Bitcoin related comic was fine.

But Axel-Adams argued: “Supporting the comic provides income to someone who is a literal self proclaimed nazi and white supremisist. Enabling them to further promote their non bitcoin related views, that’s why it’s wrong.

The mod wasn’t a fan of the debate and stickied a comment saying: “If you have something political to say take it to another subreddit.

Buttoiners also had a lively debate between free speech advocates and those opposed to giving a platform to Stonetoss.

[Note that while StoneToss claims: ‘No I am not a member of the National Socialist German Worker’s Party, a national socialist or a fascist’, RationalWiki reckons he is.

And he doesn’t seem to mind being called one: