A delegation of 50 Australian blockchain experts is attending Consensus 2018 as part of a program jointly organised by Austrade, Data61 and the New South Wales Government.

The delegation is among more than 100 Australian companies attending the world’s top industry event, now underway in New York.

The Australians have marked their territory, with the ‘Consensus 2018 Australia Lounge’ providing a space for networking as well as a venue for delegates to hold one-on-one client/partner meetings. 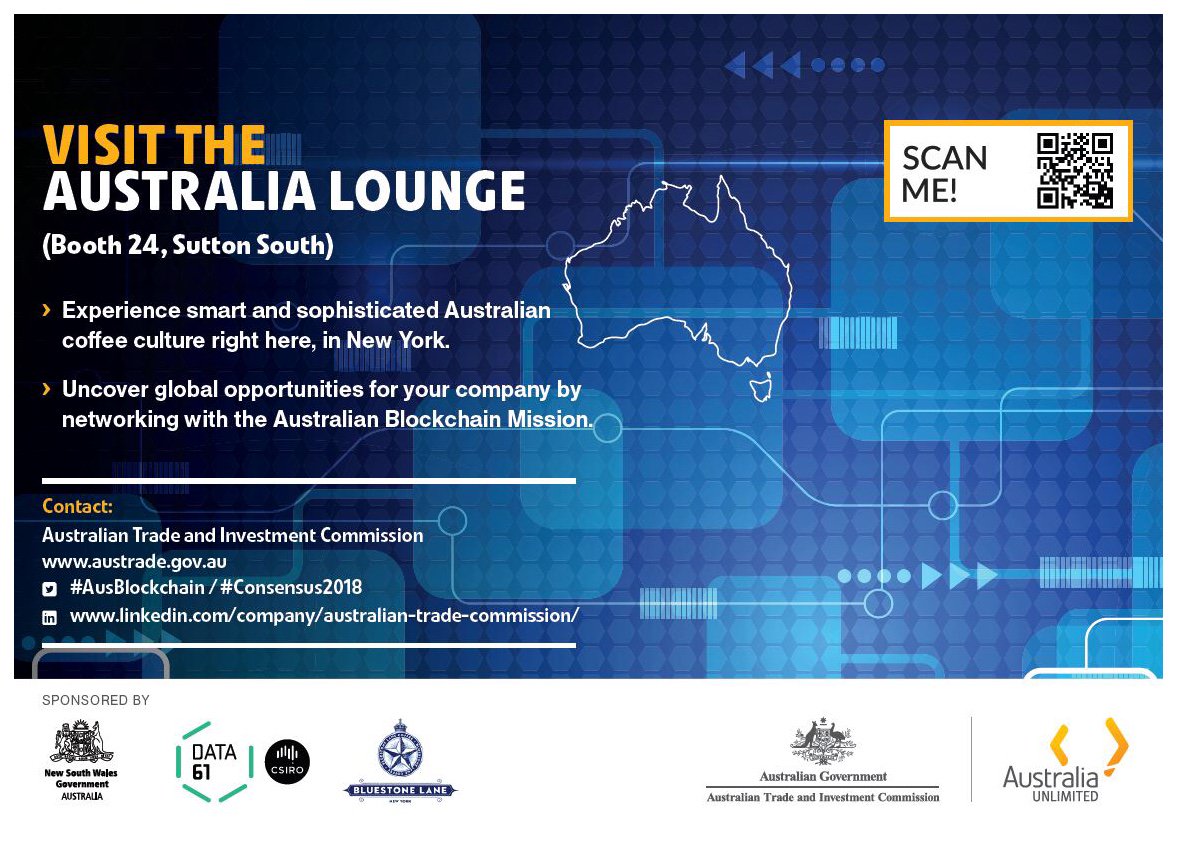 Federal Minister for Trade, Tourism and Investment, Steven Ciobo, says at Consensus 2018 Australia’s position as a leading developer of blockchain will be on display.

“The past year has been transformative for blockchain in Australia, with the rapid growth of a vibrant ecosystem and a series of successful application launches, including several global firsts,” said Minister Ciobo.

“The Australian Stock Exchange became the first major financial market to adopt blockchain to manage the clearing and settlement of equities, while the Commonwealth Bank of Australia and the Queensland Treasury Corporation issued the world’s first government bond utilising blockchain technology.”

Click here to read Micky’s article about the recent Australian Federal budget, in which almost $1m was committed to blockchain development.

Companies taking part in the official Consensus 2018  Australia delegation will showcase expertise in everything from digital currencies and payments to agricultural supply chains, smart contracts, and identity management. They include;

Click here to read Micky’s article about the Australian key-note speakers at Consensus 2018.