Red Candle Games’ survival horror puzzler Devotion is finally making a return, though only in Taiwan, after being pulled from Steam last year amid controversy.

The game is finally resurfacing more than a year after being pulled, with the official website announcing physical edition pre-orders but only in Taiwan, according to a ResetEra forum post. 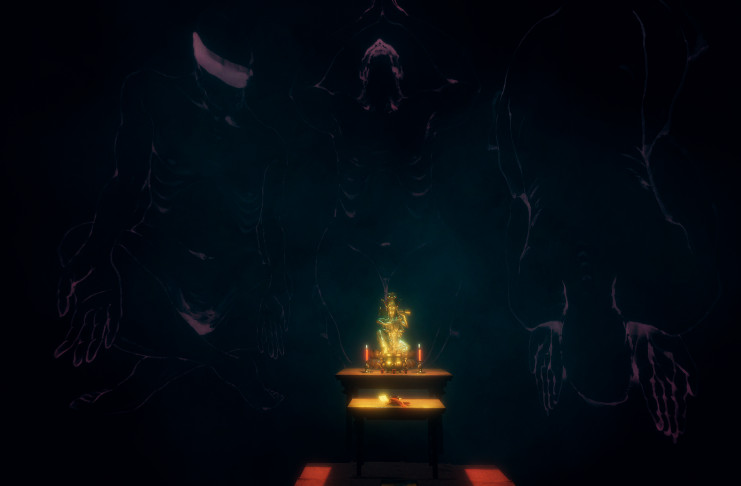 Devotion and the Winnie-the-Pooh incident

Only two days after Devotion’s release, players happened upon a wall adorned with a talisman showing the words “Xi Jinping Winnie the Pooh” written in Chinese Seal Script.

This was in reference to a meme prevalent in China equating the Chinese leader to Disney’s beloved bear. There were also hints of another insulting message involving Mandarin and Taiwanese Hokkien.

With a significant number of Chinese gamers taking offense at the depiction, they proceeded to review bomb the game on Steam, making Devotion’s overall review plummet. The first-person horror title went from a lofty “Overwhelmingly Positive” overall review to “Mostly Negative.”

Devotion was pulled last year after the discovery of elements within the game mocking Xi Jinping, with reference to his nickname of "Winnie the Pooh"https://t.co/yjavjQH44e

Red Candle Games tried patching out the material and issuing an apology, but the damage was done. At that point, many other elements of the game were nitpicked as being offensive to China, eventually leading to Devotion being pulled from the Chinese Steam store on February 23.

Co-publishers Winking Skywalker and Indievent ended up severing their relationship with Red Candle Games over the issue, with the developer being held responsible for damages arising from the controversy.

Ultimately, Red Candle Games made the decision to pull the game from Steam completely, citing “technical issues” as the reason.

Devotion is set in an apartment complex located somewhere in Taipei, with players controlling a struggling screenwriter named Du Feng Yu for the majority of the game. Each of the rooms in the complex represents part of the Du family’s journey at certain points in time.

After a series of unfortunate events, Feng Yu eventually ends up becoming obsessed with the scriptures of a cult leader named Mentor Heuh, thinking that his teachings would be the answer to all his family’s woes. Instead, he invites nothing but more misfortune.

Last year, Red Candle Games issued a statement explaining that they had no plans of re-releasing Devotion in the immediate future. Though the developer did say they might reconsider if gamers played the game objectively and allowed the studio a fair shot at redeeming its good name.