A cosmic ring of fire is allegedly a product of a collision between galaxies. Astronomers suspect that the catastrophic crash took place 40 million years ago.

A journal published on Tuesday revealed that a galaxy described as a cosmic ring of fire could come from a head-on crash. The galaxy named R5519 caught the attention of the team of researchers studying galaxies.

The cosmic ring of fire stood out among many

The journal about the international team of scientists and their study was published through the journal Nature Astronomy. It involved polished information gathered from the Hubble Space Telescope and the W.M. Keck observatory in Hawaii.

Based on the details acquired, the team found out that they could find something deeper with the R5519. Among all the 4,000 galaxies detected, the said galaxy stood out among many.

The R5519 was the only one that displayed a clear ring structure. It also manifested as the brightest among all.

The team of astronomers from Swinburne University in Australia studied the R5519 structure and location. They tracked all factors that affected its unusual clear ring structure and stood out the brightness.

The collision between victim galaxy and cosmic neighbor

The study leads the team to an interesting discovery. The research pointed them out towards the discovery of another galaxy dubbed as the G5593.

Tiantian Yuan, an astronomer at Swinburne University in Australia, said that they have never seen such an object before. The astronomer describes the matter as a curious subject. 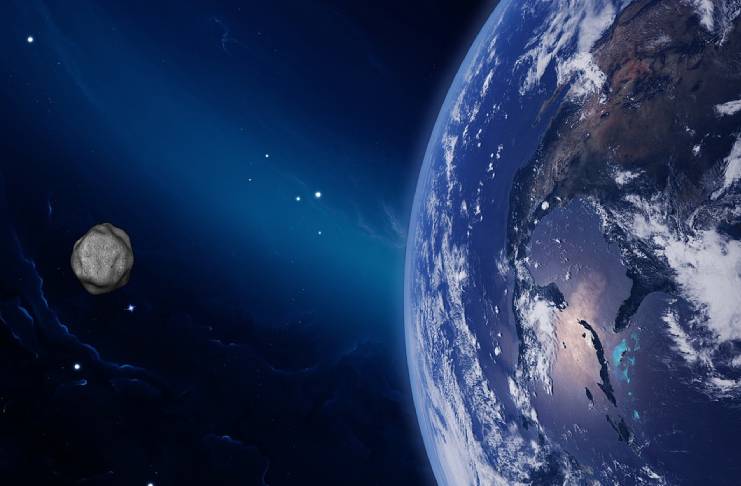 The team suspects that the R5519 was the victim galaxy while the G5593 intruded the orbit. They believed that around 40 million years ago, the cosmic intruder collided with the victim galaxy.

The study further revealed that even before the collision, the R5519 already had a disk of stars. The head-on collision was so strong that it hit the disk at the center that caused the stars to scatter evenly.

Kenneth Freeman, an astronomer at Australian National University and co-author on the paper, described the collision through a statement. He said that a victim galaxy must have a thin disk before the collision.

Is this case, the R5519 had exactly the needed requirement conducive for a victim galaxy to produce a cosmic ring of fire. The said factor paved the way for the collisional formation of ring galaxies.