Well-known Bitcoin billionaire and venture capitalist Brock Pierce is under fire for appearing to endorse a reported crypto Ponzi scheme.

The popularity of cryptocurrency has been growing by leaps and bounds over the past few years, and as with any new tech, bad actors have used it to make some easy money.

Cryptocurrency scams have become a popular way of ripping off unsuspecting naive investors looking to jump into the digital assets space.

Recently, prominent crypto figure and actor Brock Pierce appeared as a keynote speaker at a conference hosted by EXW Wallet.

Following his speaking engagement, Pierce took to Twitter to thank EXW Wallet – a move that many in the crypto community took as a tacit endorsement.

This space is so fucked up. Mr. EOS, Brock Pierce, supports the most obvious scam “EXW Wallet” by being a guest speaker. This ponzi scheme promises 0,33% on your investment per day – generated by a trading bot. 2020 and people are still falling for shit like this. from r/CryptoCurrency

Reddit user “doctor-crypto” was among the first to bring attention to Pierce’s tweet, which has since been deleted.

Based on users’ comments, the general consensus seems to be that EXW Wallet is dicey at best, and an outright Ponzi scheme at worst.

EXW Wallet promises to provide investors with “up to” 0.32 percent return on their investment daily using its trading bot.

The investment scheme appears to be similar in nature to Bitcoin Revolution and other programs that have also been deemed as Ponzi schemes except instead of investing in Bitcoin, users are “investing” in EXW – the platform’s native token.

EXW Wallet’s listed partner, Crypto Trust Consulting, claims it is registered in the U.K. and the website itself claims that it is “preparing for regulation” in 2020.

However, the country’s financial regulator, the Financial Conduct Authority (FCA) has no record of either company’s registration.

The warning also stressed that “A license granted to the company in the United Arab Emirates to conduct these transactions is not valid in the Federal Republic of Germany.”

Austria’s Financial Market Authority (FMA) issued its own warning in December of last year, noting that EXW Global AG “has not observed its reporting obligations to the New-Issue Calendar pursuant to Article 24 of the Capital Market Act 2019 (KMG 2019; Kapitalmarktgesetz 2019) in relation to ‘EXW Coin Bonds’ offered in Austria.” 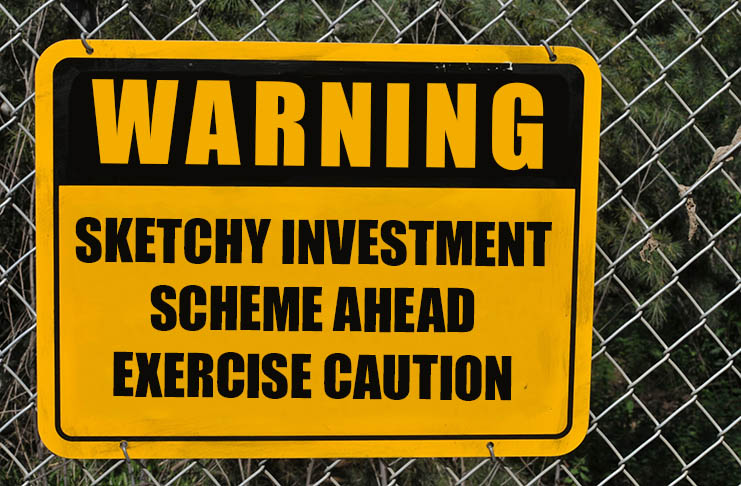 The importance of due diligence

Last year a Bitcoin trader who went by the name ‘Leon’ made off with 53 bitcoins (nearly US$420,000) in his BitMEX Fund by targeting unwary investors on widely-used social platforms like Telegram and Twitter.

Leon promised investors that he would deliver a share of profits from their bitcoin deposits in the investment scheme.

The CFTC filed a lawsuit against the firm with the court for allegedly defrauding at least 22,858 Bitcoin (worth over $180 million) from over a thousand investors.

Six months later, authorities have yet to locate Reynolds despite joint efforts between the US and South Korea.

Scammers like these have been using the ‘speculative’ enthusiasm surrounding the exciting crypto market to lure in and swindle unsuspecting investors.

Due diligence is every investor’s best weapon against Ponzi schemes and other crypto scams.

Before investing in any program, do your research. Look for reviews and verify that the company is actually licensed and registered in the country(ies) it claims to be.

Lastly, be wary of grandiose claims of unrealistically high returns. If it sounds too good to be true, it very likely is.