Home Cryptocurrency CRYPTOCURRENCY SCAM: Is anyone really this stupid?

Usually, the ads appear as articles and feature fake quotes from well known Australian identities. In the example found by Micky, it was former Australian Football League boss Andrew Demetriou. 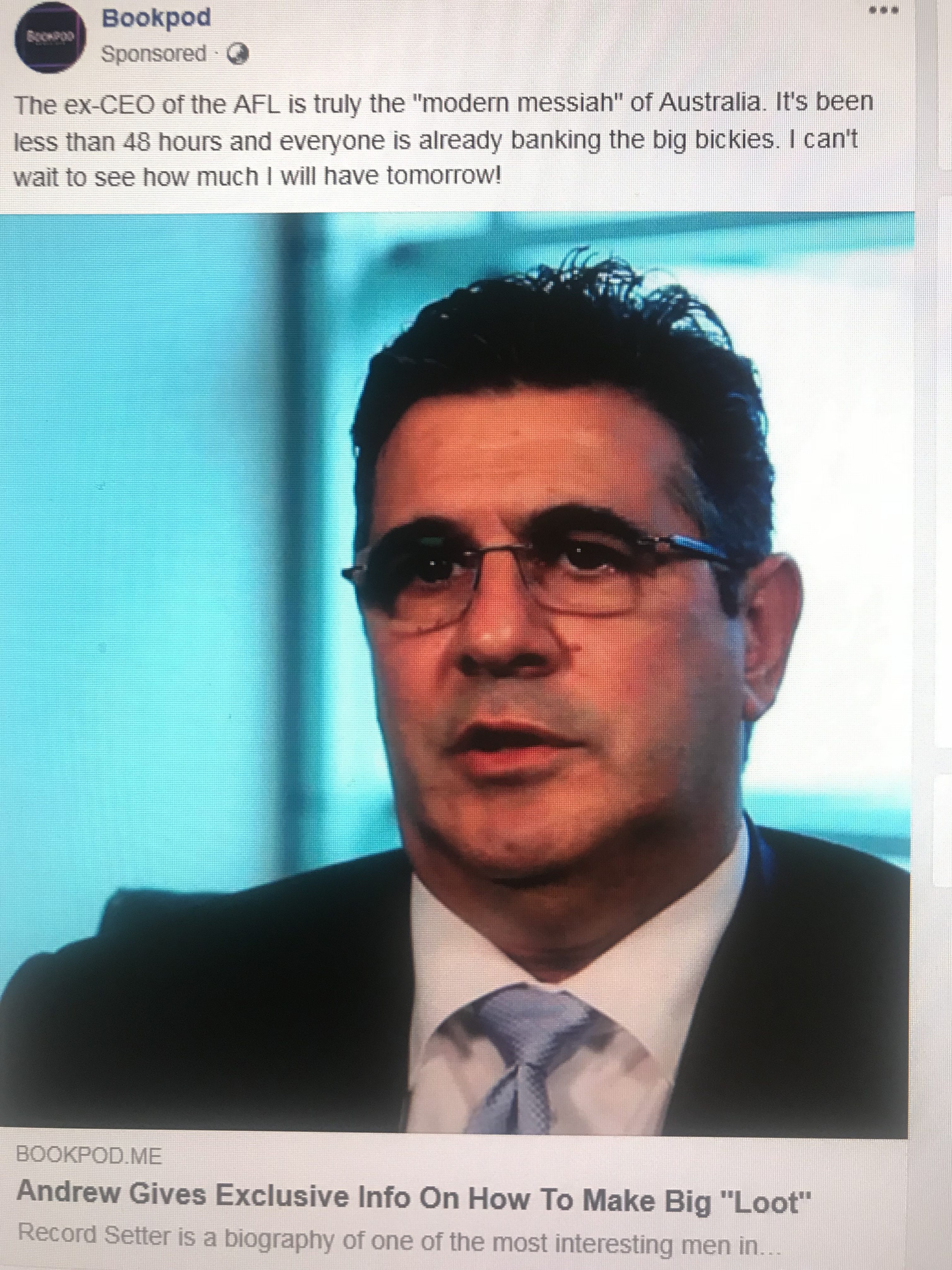 The article starts by claiming Demetriou appeared on the television show The Project and announced a new “wealth loophole” that can “transform anyone into a millionaire within 3-4 months.”

“What’s made me successful is jumping into new opportunities quickly – without any hesitation,” the scam article quotes Demetriou as saying.

Micky needs to make it clear Andrew Demetriou never said these things. The article is the work of a morally corrupt scammer who wants nothing but your money.

The article goes on to promise profits from the trading of cryptocurrencies such as Ripple, Ethereum, Monero, and Zcash.

It claims the trading platform is backed by Richard Branson, Elon Musk and Bill Gates.

Facebook users who spotted the ad have questioned how the social media giant allows the ads to ever see the light of day.

“Why won’t Facebook take this obvious scam down?” one man asked.

“I’ve had at least a dozen of these posted on my timeline. I keep reporting them and they keep coming.”