CS:GO took a stab at new updates for the game, one of which helps enemies be more visible. Valve added the “Boost Player Contrast” to tweak in the settings.

CS:GO had the problem for a long time. The main issue is with the view distance. The glitch harkens to its time even during the Source version of the game. This small but important update can help players, especially newbies, to make the game more accessible.

Global Offensive view distance is a long-time issue for players

Counter-Strike: Global Offensive is one of the most persistently good games online. Even with its age, the game updates on a consistent basis, making it a viable eSports title. 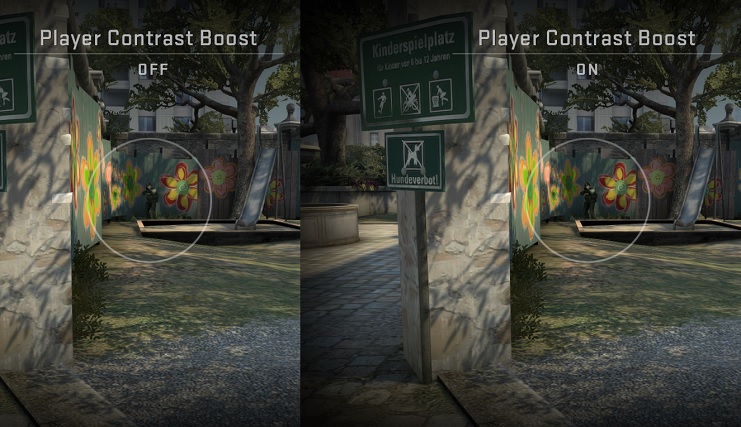 Global Offensive’s game design and graphics are simple and fundamentally sound. Even on a potato computer, players can run the game with only minor issues. Better rigs can scale the game’s graphics to help them perform on pressure.

Even then, one common complaint is the heavy blur for enemies at a distance. There is a problem where enemies can conceal themselves as the background blends in. The fog in some maps, like Dust 2, make players barely visible. The new minor tweaks that Valve installs will resolve this issue once and for all.

The new CS:GO update is a simple combination of visual tweaks. The update is available in the game’s advanced settings, labeled “Boost Player Contrast.”

With “Boost Player Contrast,” players will get the assurance that they will clearly see players from great distances. Enemies will look sharper, character model fog intensity goes down by half, and maps receive slight modifications.

If a player has a similar camo as the wall behind them, there will be a small outline that makes them pop out. All of these will be added without affecting the game’s visuals, so the tweaks do not favor anyone.

The boost is a great way to help newbies to level up in the game. Twitch skills take time to develop, especially for breakneck games like Counter-Strike. Newbies usually have visual acuity issues that add to the learning curve.

With the tweak, players can figure out if there are enemies in front. Once newbies acclimate enough, they’ll remember that the improvements won’t matter. The update also acts as a minor accessibility option for some players with minor vision issues.

CS:GO and its “Boost Player Contrast” update is available now on Steam.