Darkest Dungeon is launching its latest DLC today, titled Butcher’s Circus. The DLC is different, as it is an online multiplayer PVP instead of an addition to the story.

Butcher’s Circus for Darkest Dungeon came for an announcement on April 1. This reveal prompted questions from fans, mainly due to the date and the game.

Darkest is famous for its single-player dungeon-crawling aspects rather than its PVP content.

The announcement for Butcher’s Circus could have never come closer. The game is coming out today, and the DLC is free for all players who have the game.

The DLC will add a new location to the game’s hub, “The Hamlet”. This location is the Butcher’s Circus, which will allow for a two-player 4v4 PVP.

New trinkets to refine your deadly PVP party comps – which will you choose? The Butcher’s Circus launches THIS THURSDAY, May 28th! Wish list it here: https://t.co/SHKqZiqbML pic.twitter.com/rrOCOFWqM5

The players on the circus can enjoy and play as much as they can without any risk.

Heroes from the circus will be separate from the single-player campaign heroes. These mercenaries will have their own stats, and skills, making the game fair across players. The game will have a few deviations from how the main gameplays.

First, players cannot upgrade the armaments and skills for their units. Some abilities from every mercenary can inflict stress on other player units. This effect means teams can inflict psychological afflictions to their opponents.

Another add-on that comes with Butcher’s Circus is special combat trinket. With these trinkets, players can boost their stats and give heroes an edge against their foes.

As players progress, they will consistently get materials they can use for their banners. More banner components result in higher complexity to the personal banners of the player.

New Darkest DLC will have no microtransactions

Darkest Dungeon dev Red Hook Studios promised that the DLC would be entirely on merit. The add-on has no microtransaction, so everything is available through consistent gameplay. 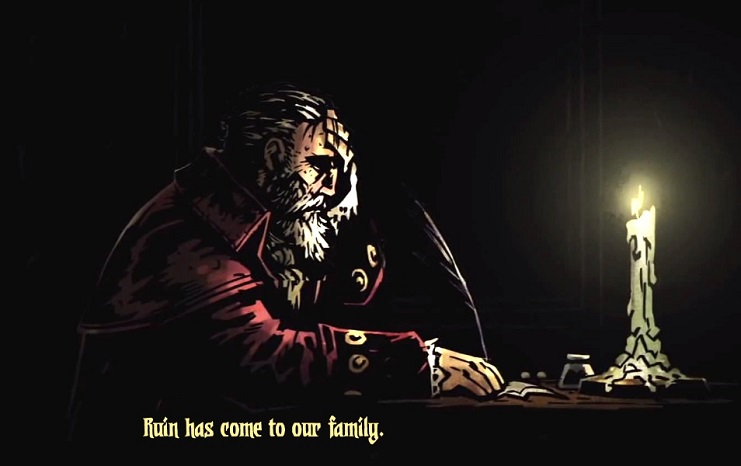 Mods and modded characters do not have support, and an anti-cheat software will go with the DLC. DLC characters like the shieldbreaker, flagellant, and the musketeer are fair game. Players who do not have these DLCs can match with players who have them.

Players can opt-out of the anti-cheat system, but won’t have the ability to play Butcher’s Circus. Even then, the game will stay intact, and the single-player will remain available.

So far, only the Steam version has the DLC but will roll out to Linux and Mac players too.

Darkest Dungeon will also have its free weekend starting today. The game will be free to try on Steam from 1PM ET May 28 to the same time on June 1.