Fresh from the Melbourne world premiere of his new documentary Cryptopia, filmmaker Torsten Hoffman is this week teaching the global elite about the power of crypto at the World Economic Forum in Davos.

To be fair, he’s not the only one, with a renewed focus on blockchain at this year’s event after a subdued 2019 showing.

While there’s plenty of skeptics, and ‘Crypto Davos’ still has an outsider status, there is a lot of interest in events around stablecoins, DeFi, blockchain, and cryptocurrency.

Hoffman said it had been a “crazy busy” week full of billionaires and the global elite.

“A lot of CEOs and big names are here, and it’s all day and night,” he said.

“Last night I was sharing a car with Fluffypony from Monero then right after that talking to a Chinese Bitcoin exchange CEO.”

Promotion worth tens of thousands a minute

Producer Oliver Krause somehow wangled the Davos engagements gratis even though they can cost in the tens of thousands per minute for company presentations.

“It’s very expensive and other companies have to put up real money to promote things. We got it all for free,” laughed Hoffman.

“I don’t think people can ask for money from documentary filmmakers, they know we’re not the right people!”

Given the obscene amounts of wealth represented at Davos, Hoffman said he’d chosen to show his world first, never before seen footage inside the ‘Fort Knox of Bitcoin’.

It took months and months to get permission to film inside Xapo’s vaults, which contain the keys to many billions of dollars worth of Bitcoin, held deep inside a decommissioned military bunker in the Swiss Alps. 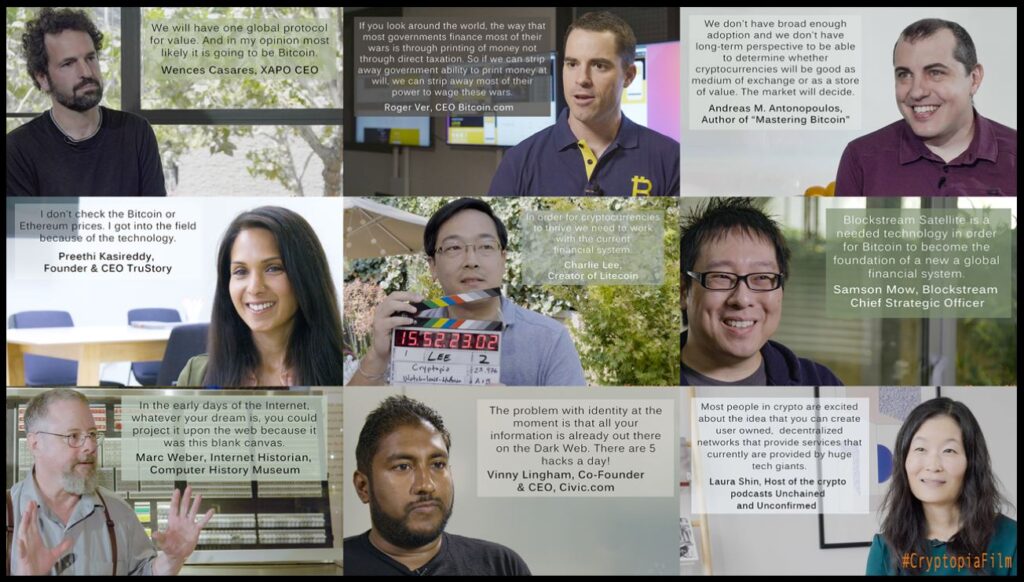 “The cool thing about it is that both complete newbies that don’t know anything about the space like it and say ‘wow this industry really means business with this infrastructure being built’ and also insiders, the OGs, like it because nobody’s ever been into the bunker.

“So that’s why it’s a perfect scene to show here especially with all the investors.”

Hoffman’s mad week at Davos winds up on Friday with a midnight screening of the trailer at the massive Silicon Valley Blockchain Society’s epic closing party for 600 guests.

Six years in the making

Filming took two years, but it’s really the culmination of six years of work that include Hoffman’s first film, Bitcoin: The End of Money As We Know It, which began filming in January 2014. 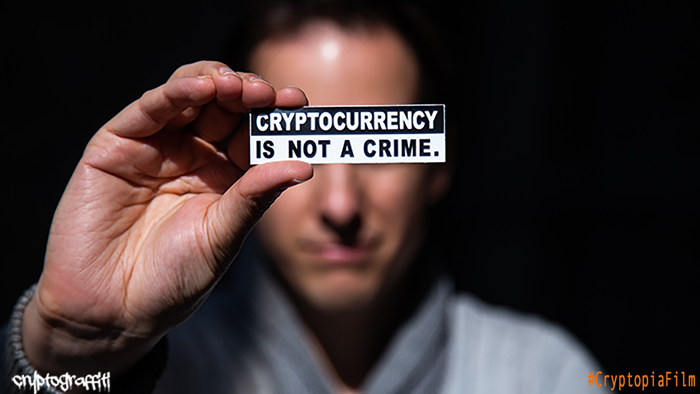 He said the team had lined up at least ten screenings in Europe while at Davos, which adds to their program of screenings on the continent over the next two months including an exclusive private screening for a Swiss bank.

It’s the start of a six-month promotional tour for the film with screenings in America and Asia.

“That comes first and then we are talking to Netflix,” he said.

The film, which was supported by Screen Australia, was a co-production with German public broadcaster ARD, which will screen a shorter, more mainstream cut on TV.

If you’re in Melbourne, you can catch the film at the Transitions Film Festival on March 4 at Cinema Nova.