Private jet business has reportedly seen an upward and stable trend as scared and wealthy travelers turn away from commercial airlines.

While the first half of 2020 has been turbulent for the airline industry, companies of private jets saw an unprecedented increase in demand even amid the coronavirus crisis. The surge, according to the private jet businesses, appears to be travelers’ response in fear of contracting the deadly COVID-19 disease.

A recent data from Private Jet Card Comparisons revealed that even after the pandemic reached the United States, flights for private jets surpassed its average sales and climbed by 70%.

The rally was quite rapid and unexpected for the industry, but companies said the number of flights they have today is far better than the previous year.

Among the many private-jet companies that are experiencing a surge in demand is PrivateFly. The private jet charter broker had reported an increase of 85% in inquiries in June, which is surprisingly higher compared to last year’s numbers.

Global charter company Vista Jet’s sales, on the one hand, have almost rallied to its pre-pandemic levels with 85% in traffic as what Chairman Thomas Flohr told to CNBC. Sentient Jet has recorded over 5, 000 jet hours beginning April too, noting that nearly half of it came from new customers.

In Indonesia, it is “business as usual” for private jet company Indojet Sarana Aviasi as the firm’s revenue remained stable throughout the first two months global shut down.

“We received dozens of such requests,” Stefanus Gandi, director of Indojet, said, pertaining to the international repatriation flights that massively contributed to the company’s positive trend. 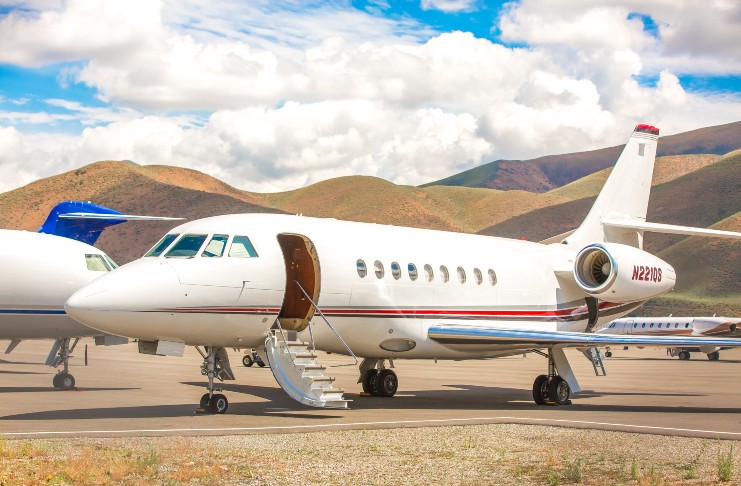 Meanwhile, sales of aircraft have seen an upward trend as well as told by IADA to Business Insider. Based on the International Aircraft Dealers Association’s latest data, aircraft sales are performing better since March despite travel restrictions.

It seems like, for wealthy families, purchasing aircraft is the best option for convenient and COVID-19 free travels.

New customers contributed to the surge

The growth that has been experiencing by the private jet industry is primarily due to the increase of new customers, followed by cheap flights.

In May, NetJets received twice the average number of new customer sign-ups during the same period last year. The president of sales, marketing and services Pat Gallagher even commended the numbers, citing that May has the highest number of new fliers since last 2007 of December.

“What we are seeing today is predominantly personal travel with people traveling to see loved ones,” Gallagher told CNBC.

Vista Jet also said 71% of all its new customers are people who have never flown via private jets before. The same situation is happening to Blade, a private aviation firm, as well. The company shared that more than 70% of its customers are individuals who never chartered.

Furthermore, most of the private jet companies stated that health and safety fears due to coronavirus are the top factors that force people to take private charters. With the pandemic still increasing worldwide, it looks like people will continue to take an interest in using private jets.