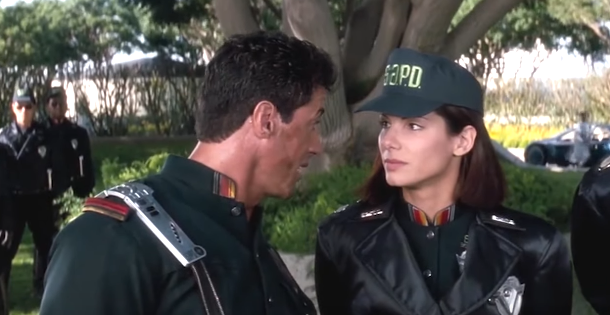 The Warner Brothers Entertainment is currently in the works to reboot Demolition Man 2 sequel with Sylvester Stallone as the lead role.

The 1993 classic sci-fi movie, Demolition Man is officially confirmed to return to the big screen. The sequel was recently announced by the original cast, Sylvester Stallone on his Instagram account.

In his Instagram post, the actor has surprised the fans that a sequel to Demolition Man will surely arrive. Although the pandemic has enforced a mandatory suspension on all industries, including the movie industry, the actor is seemingly optimistic about the release.

I think there is. We’re working on it right now with Warner Bros. and it’s looking fantastic. So that should come out, that’s going to happen.

There were already discussions among the producers and actors on the possible development of  The Demolition Man sequel.  The sequel would even include Meryl Streep to play as Sylvester Stallone’s daughter. However, it appears that the idea did not come to fruition.

Sylvester Stallone is currently working on his two original movies, Rocky and Rambo. It would be safe to say that Stallone would also revisit his famous sci-fi movie as well.

What is Demolition Man all about

The original movie which seemingly happened in the future was played by several famous Hollywood celebrities, including Sandra Bullock and Wesley Snipes. The plot revolves around Seargent John Spartan of Los Angeles Police department. Stallone’s co-star, Wesley Snipes played the role of a criminal, Simon Phoenix.

Interestingly, both Spartan and Phoenix are placed in a frozen state since 1996. As the story progressed,  Phoenix woke up in the year 2032 and escaped the facility.  Considered now as a threat, Seargent Spartan was revived to retrieve Phoenix.

What to expect in The Demolition Man sequel

Based on the announcement made by the Rocky star, nothing has been divulged on the possible plot of the sequel.  Fans are already talking about the possible cast who be part of the movie. It’s just logical to bring back Sandra Bullock, Benjamin Bratt, and Taco Bell.

There is no final confirmation from the cast if they will be part of the upcoming sequel of  The Demolition Man 2.

In his announcement, Stallone has also shared that the movie is looking fantastic.  Although there is no announcement on the release date, Stallone is optimistic that it will come out.

Image Courtesy Of Peter Murnieks/Youtube Screenshot
Micky is a news site and does not provide trading, investing, or other financial advice. By using this website, you affirm that you have read and agree to abide by our Terms and Conditions.
Micky readers - you can get a 10% discount on trading fees on FTX and Binance when you sign up using the links above.