Home Blockchain Cryptocurrency DEPRESSION: ‘I can’t wait until you quit crypto so I get my...

The ups and downs of crypto can have a massive impact on your mental health, as YouTuber BlockchainBrad discovered.

Earlier this month, Australian YouTuber and educator BlockchainBrad revealed to his 31,000 Twitter followers that he’s been hit hard with depression.

“I wanna be ultra real today. I suffer from depression. I never really suffered as bad before I went full- time in #crypto & as an Aussie bloke, I never talk about it, but I am trying to get through it”

BlockchainBrad’s tweet (his real name is Brad Laurie) sparked a much-needed discussion about the link between cryptocurrency and depression and anxiety – with a number of other crypto personalities revealing their own struggles.

The advice and suggestions ranged from the good (exercise and meditation) to the ‘don’t try this at home’ (micro-dosing LSD).

Some people DM me & say things like "thanks 4 being real in this space Brad', so I wanna be ultra real today. I suffer from depression. I never really suffered as bad before I went full-time in #crypto & as an Aussie bloke, I never talk about it; but I am trying to get through it pic.twitter.com/p0AQxAkR49

Among the 130 or so commentators was Craig Cobb AKA Trader Cobb, who offered his support.

“I know the black dog well. Call me any time brother.”

Rafael from CryptoMurmur congratulated Brad on talking about it.

“I myself suffer from depression, and although brutal at times, the good news is that it can be dealt with. Totally see what you are saying about the space, it’s a fun yet hectic ride.”

Teddy, Co-founder of CFN Network, agreed that the industry can put enormous amounts of pressure on those who work in it.

“We all have ups and (heavy af) downs – without a shadow of a doubt since full-time crypto my stress levels have x100 increased.”

Trader D4rkEnergY nailed one of the contributing factors for decentralized work: “Isolation is one of the biggest enemies. Start therapy and talk with other people about it. 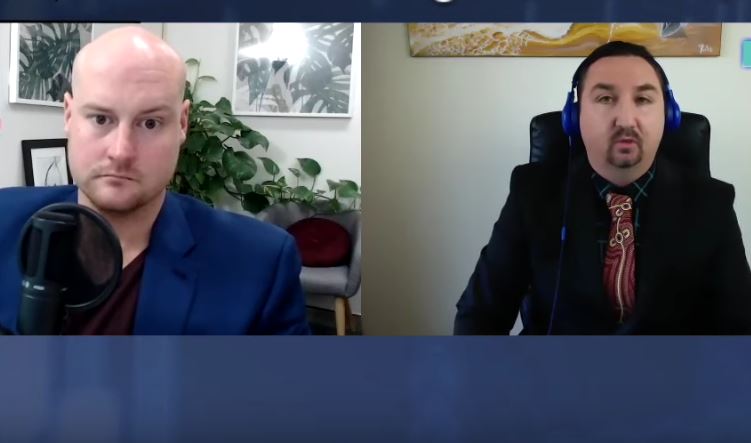 Laurie said he needed to speak out

Speaking to Micky, Laurie said he’d felt depression was important to talk about because Australian men generally don’t like to admit their mental health struggles.

“I come from a country town and my Dad would have taken depression to his grave,” he said.

“For me, it was about breaking a cycle and telling my truth: I felt it was a crypto induced depression.

“Because this space is so convoluted, it can really affect the psychology of someone doing it full time.”

A brief history of Brad

Laurie came to crypto and blockchain from teaching after chancing upon a Bitcoin documentary on Netflix.

He immersed himself so far down the rabbit hole he quit his job and sold an investment property to fund his adventures, with his wife supporting him for most of a year.

He joined a crypto investment group called Blockchain Boys and he’s since been a popular educator. His BlockchainBrad YouTube channel has more than 20,000 subscribers.

He’s even lined up an interview with Anthony Pompliano.

But Laurie was also idealistic and deeply uncomfortable with the idea of taking money to promote projects – unlike many YouTubers who charge exorbitant amounts to promote (shill) all kinds of projects.

“My wife paid my way for a year – I sometimes felt that I was giving too much of my life to crypto while my real life was passing me by,” he said.

Part of his struggle seemed to have been coming to terms with trying to monetise his YouTube channel without compromising his ethics.

“I began to be concerned about my morality and ethics and when I felt compromised, that caused my depression,” he said.

“My whole thing is: How can I be authentic and survive?”

He’s recently become an ambassador for a couple of projects but ensures that he discloses the fact up front.

Many in crypto worry about money

Laurie said that many other people he’s spoken with about mental health issues associated with crypto attribute their problems to financial losses.

“Most people are focused on the financial scenarios and some people are even suiciding,” he said.

“It’s so bad.  Many people follow crypto personalities and trust their commentary and content without doing their own deep research.

“I’ve raised suicide because it can be as serious as this, especially because there are people gambling everything in the crypto casino.

“Many have become deeply ‘rekt’, as we say, from their experience.”

While there hasn’t been a lot of crypto market specific research, psychological studies of stock traders show there’s definitely a link between losses and mental health.

In a 2014 paper published by the University of California at San Diego, researchers analyzing hospital records in California discovered a ‘strong’ link between falling stock market returns and hospital admissions for anxiety, panic disorders, and major depression.

Another study from the College of William and Mary and Johns Hopkins looked at the GFC’s 2008 stock market crash.

It found those who lost wealth had increased feelings of depression and use of antidepressants and the more they lost, the more pronounced the effect was.

The always on, 24/7 nature of crypto exacerbates the problem. At least stock traders only have to deal with the tension during business hours.

Checking your portfolio ten times a day when prices are on the rise gives your brain a little rush in the same way the flashing lights and electronic tunes of pokie machines do.

A study of 876 gamblers published in the May 2019 issue of Addictive Behaviours found that more than half of regular gamblers (those who’d gambled at least once a month for the past year) had also traded crypto.

The study also found 75% of high-risk stock traders also trade in crypto and that people trading in both reported more problem gambling, along with higher rates of anxiety and depression.

“The casino nature, the excitement, and volatility that drives the space, 20-year-old males are really attracted to it because it’s so accessible, it’s such fast money,” Laurie said.

“Having that 24/7 switched on is a really dangerous game.”

There’s even a treatment centre in Scotland that specializes in Bitcoin trading addiction called Castle Craig. 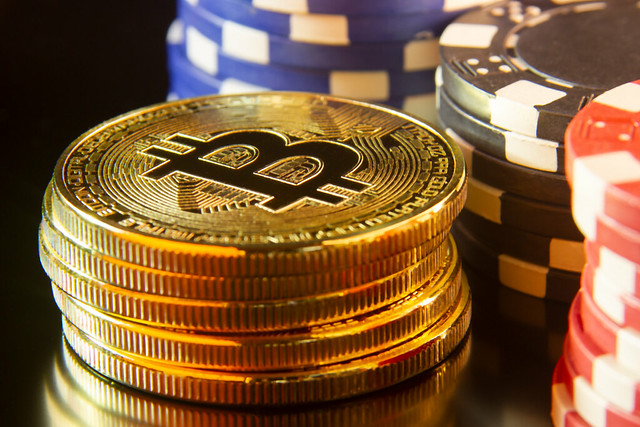 Not addicted, but all consumed

While Laurie isn’t a day trader, like many of us he’s found that crypto can become all-consuming.

“Anybody can be so consumed by it they miss living,” he said.

“I have three girls and even today my little girl said to me, ‘I can’t wait until you’re out of crypto because I’ll get my dad back’.”

Laurie said being so focused on crypto was beginning to take a toll on his physical health too.

“I was not eating the same way, I wasn’t as active, I drank lots of coffee. That all compounded the depression.”

But for Laurie, the big factor behind his depression was his growing disillusionment.

He’d become fascinated with the boundless possibilities of the technology, but the closer he looked, the more the space seemed full of scams and con artists.

“It’s the human nature that shocked me, the avarice and greed. It’s overwhelming because it’s so ubiquitous.”

He began to see crypto as a dog-eat-dog world and believed there weren’t many good people, that most were out for themselves.

Things are looking up

Reaching out on Twitter and admitting his problems though, helped restore his faith.

“Just letting people know has helped me deal with the fact it’s happened to me – acknowledgment is the first step.

“It’s been really healthy and I was really surprised by how people reached out.

“I didn’t think there were so many good people in crypto and that taught me another thing: just because of all the lies and the greed, doesn’t mean most people aren’t inherently good.”

I wanna thank so many people out there in CT for their kind words after I disclosed I had depression (#crypto-related). Thank you for just being good! It sincerely made ALL the difference & it is the reason I am back today. Whilst there is dark in #crypto, there is also☀️.???????? pic.twitter.com/OulMF84UIV